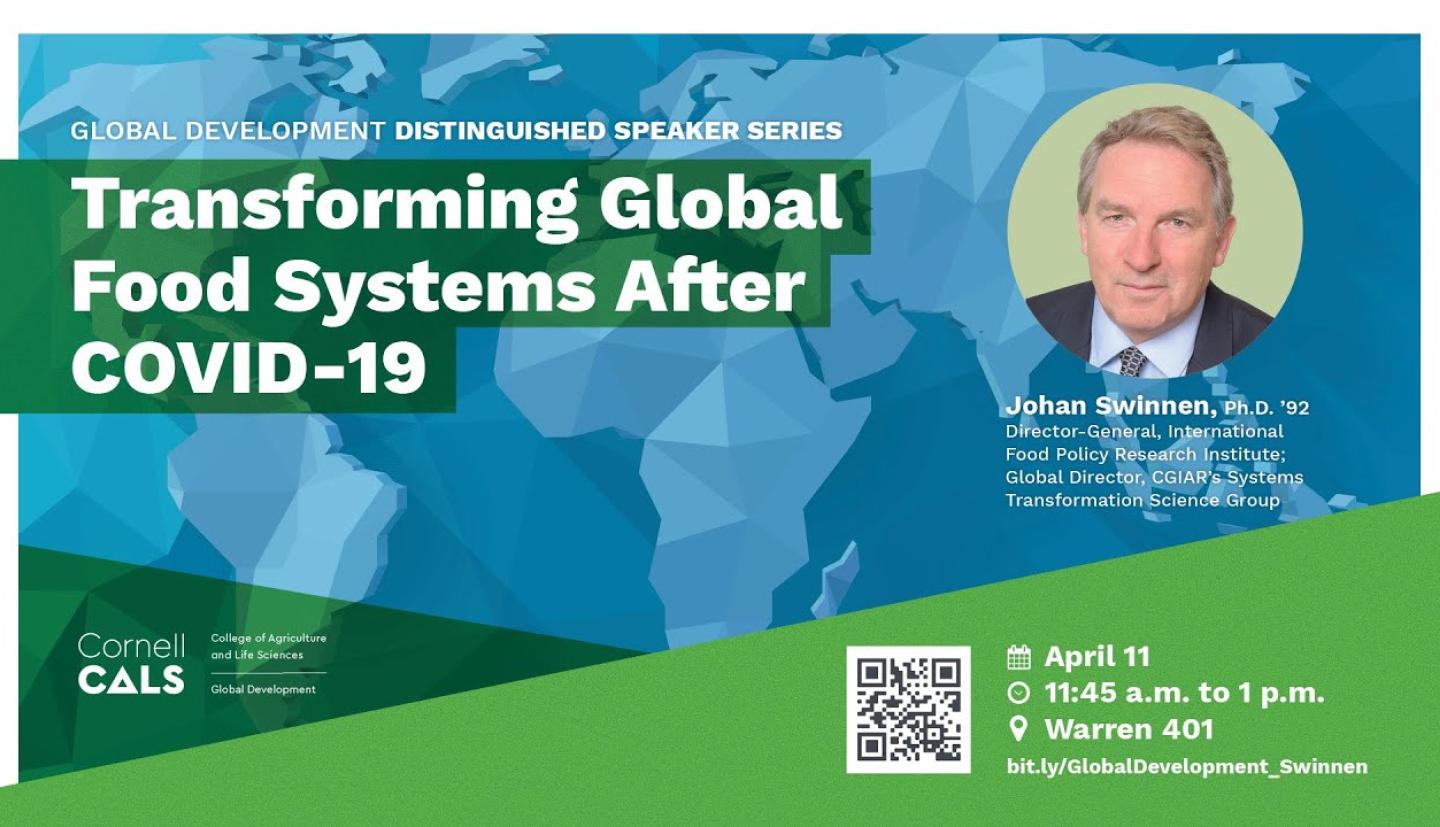 The COVID-19 pandemic and associated policy responses has significantly impacted food and nutrition security and livelihoods for large parts of the world’s population, most especially the poor in developing countries. The pandemic’s impact on food systems and value chains has varied, showcasing the ways in which e-commerce, technologies, and value-chain integration can help countries and regions become more resilient against future shocks. This presentation will delve into the wide-ranging impacts of COVID-19, and offer lessons for transforming food systems so that they are not only resilient, but also healthy, efficient, sustainable, and inclusive of the world’s most vulnerable people.

Prior to joining IFPRI and the CGIAR, Dr. Swinnen was professor and director of the LICOS Centre for Institutions and Economic Performance at KU Leuven, lead economist at the World Bank, economic advisor to many international institutions, and guest professor at several universities, including Stanford University’s Centre for Food Security and the Environment.

Stephen B. and Janice G. Ashley Professor of Applied Economics and Management