|
By Daniel Aloi
Share
Cornell has received a national award for its support of farmworkers across New York state. The honor recognizes a variety of programs that collaborate with farmworkers, a population facing numerous challenges including social isolation, workplace safety issues and heightened immigration enforcement.

“We applaud Cornell for its comprehensive work to improve the lives of farmworkers,” said APLU President Peter McPherson. “Public and land-grant universities play a unique role in serving underserved populations. Cornell’s community engagement work powerfully illustrates the impact an institution can have – not just on a specific population, but across an entire region.”

“Cornell is both honored to accept this award and grateful to the hundreds of individuals who have contributed to our farmworker programs – from community partners to students, faculty and staff,” President Martha E. Pollack said. “The prize will be put to good use to advance university-farmworker engagement across the country.”

For more than a half-century, Cornell faculty, staff and students have been partnering with farmworkers to address the community’s needs. Current Cornell initiatives provide workshops, legal and tax assistance, tutoring and other services, along with research, policy advocacy and outreach.

These initiatives in turn support the agriculture industry, a vital part of the state economy, which relied on more than 55,000 hired farmworkers in the state in 2017, according to census data. Of those, about 20 percent are migrant workers.

“Farmworkers are some of the most isolated people in the world and in the country,” says Beth Lyon, who directs the Farmworker Legal Assistance Clinic in Cornell Law School, one of the programs honored. “To be able to connect with communities that are so hidden and out of reach is an important part of the Cornell programs’ missions and pedagogy.”

More than 50 community partners, volunteers and Cornell Cooperative Extension professionals collaborate in Cornell’s farmworker-focused work in 40 counties in the state. More than 300 students also participate each year – as volunteers, through internships and in 28 community-engaged learning courses across academic departments. The Office of Engagement Initiatives, in support of Engaged Cornell, has supported the expansion of these efforts across the university.

“As a program that has this large mission and large geographic range, the important thing is to listen to what farmworkers say, and to look at ways for students to be involved,” says Mary Jo Dudley, director of the Cornell Farmworker Program, the most deeply rooted of the initiatives. “We do applied research, and work to help facilitate self-advocacy and their ability to respond in a number of situations.” 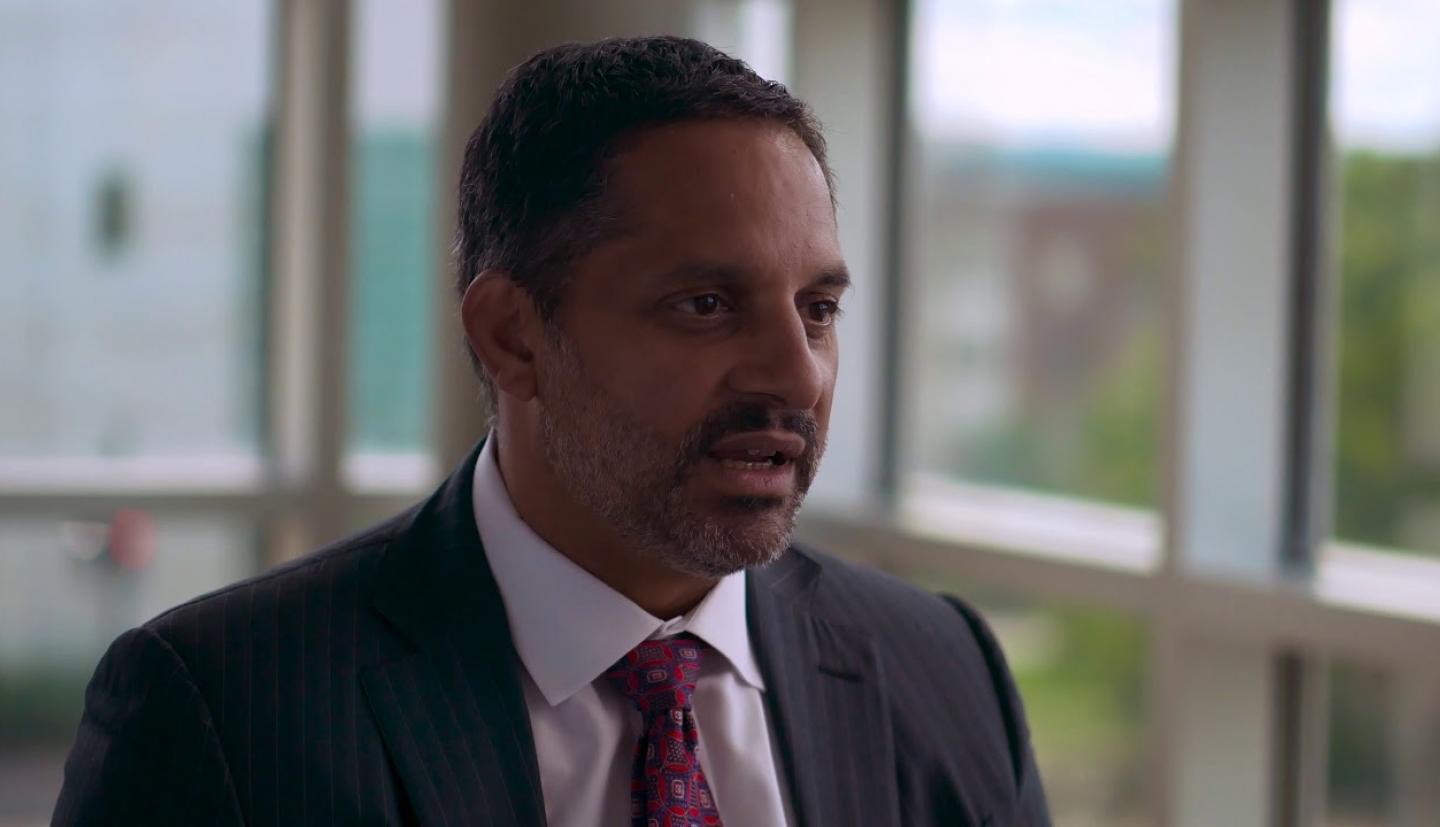 The Farmworker Program, in the College of Agriculture and Life Sciences (CALS), began in 1966 as the Cornell Migrant Program.

“This came about because of student activism,” Dudley says. “At that time CALS students had to work on a farm to graduate; an alumnus donated an apple orchard to the university, and students worked there alongside migrant workers. It had a deeply transformative impact on them. They went to the Faculty Senate and proposed this program to assist farmworkers.”

Today, the Farmworker Program engages with more than 1,200 farmworkers in the state each year, through farm workshops; family preparedness clinics in schools, churches and day care centers; and mobile consulates.

“We go to the farms and interview workers on their day off; we’ve done several hundred of these, on overlapping topics,” Dudley says. “Immigration is a big issue. We also focus on how to be successful in your workplace. We meet with farm owners and workers, ask them what’s going well and what’s not. We transcribe and translate all the interviews, and translate the data. Farm by farm, we go over challenges and how to solve them.”

In response to issues the workers have identified, the program has organized on-site English tutoring and led workshops on “Know Your Rights,” emergency planning and family preparedness. It has also produced videos of skits based on immigration and workplace scenarios, and visual materials such as posters showing how to maintain farm machinery or handle hazardous materials.

“In analyzing the data, we developed tools that people can use,” Dudley says.

The Farmworker Legal Assistance Clinic, founded in 2015, has handled cases for 40 clients in New York and beyond and given hundreds of referrals and free consultations.

“We work at the intersection of deportation defense and employment litigation, and on policy research,” says Lyon, who also serves as assistant director of the Law School’s Clinical, Advocacy and Skills Program. “The students are learning about justice deserts in New York state and managing a lot of cases.”

“These are kids who crossed the border and were detained,” Lyon says. “A lot of them are in removal proceedings, and we either put in hundreds of hours handling the cases ourselves to put them on a path to permanent residence, or we work on recruiting and supporting lawyers to accept them.”

The Farmworker Program recruits and trains volunteer drivers to help young people get to their deportation proceedings, Lyon adds.

Law students in the clinic recently partnered with the Cornell chapter of the National Lawyers Guild to recruit and train other students to help with client intakes, identify pro bono lawyers, and provide training and translation.

“The students really ran with this to expand the clinic’s impact, to represent as many people as we can,” Lyon says.

The clinic also represents farmworkers on employment-related legal matters before state administrative agencies and in state and federal courts, such as female farmworkers who experienced sexual harassment at work; a worker fired after being injured on the job; and migrant workers from Guatemala who were victims of extortion while being recruited to work in the U.S. on temporary visas. These cases have resulted in monetary judgments and settlements in favor of the clients, says Briana Beltran, who with Lyon supervises students in the clinic.

Students and faculty have also undertaken research and policy projects about the increasing use of temporary agricultural visas in the U.S., and students have traveled to meet with clients in Guatemala on three occasions as part of ongoing litigation.

Accounting and law students also have assisted farmworkers and others with tax preparation since 2017 as part of the Low-Income Taxpayer Program, an interdisciplinary practicum directed by Lyon and John McKinley, professor of practice in the Charles H. Dyson School of Applied Economics and Management.

At a Mexican consulate visit, Oct. 16-18 at a community center in Geneva, more than 150 people, including families with small children, came for services including medical care, referrals and free screenings from Finger Lakes Community Health, an affordable care provider serving agricultural workers.

The mobile consulates draw workers in need of passports, visas and documents assigning guardianship or authorizing travel for their children in the event of parents being detained, deported or hospitalized.

The sites are hives of activity. In Geneva, tables lined a gymnasium where Dudley and students assisted clients; children had an activity table, and community partners offered expertise and resources. Consulate services and the health clinic were in an adjacent large room, with small offices to the side for legal consultations with pro bono immigration and family law attorneys. A Guatemalan mobile consulate visit last summer had 400 people in one day.

“For the Mexican consulate we all partner up together and do outreach,” worker’s rights advocate Erika Aguilera says. “We try to get to know the workers on a genuine level.”

Cornell students play a crucial role in the outreach work.

The Farmworker Program trains students in a summer internship to interact and work with clients, lead workshops on farms, and assist during consulate visits.

Students from the Migration in the Américas course – cross-listed in the ILR School, CALS and the College of Arts and Sciences – were in Geneva to test visual resources that explain changes in state laws affecting immigrants and migrant workers. One is New York’s new Green Light law, which will allow undocumented immigrants to apply for noncommercial driver’s licenses and learner permits.

Renee Henck, a graduate student in public administration, brought her project related to the law to the consulate site, “answering questions on issues they might encounter in applying for a driver’s license,” to fine-tune the text before translating it for further field testing.

“Agricultural workers in the United States were notably excluded from protections given to workers during the New Deal period of the 1930s,” says Kate Griffith, associate professor and chair of the labor relations, law and history department in the ILR School. “The new law finally fills the gap for New York’s farmworkers and promotes fairness and justice for this isolated workforce.”

Griffith has worked to connect farmworker and low-wage worker advocates with each other and with the Social Justice Division of the state attorney general’s office, and she joined colleagues in ILR and the Law School in providing testimony to the state Senate in support of the new law.

ILR has long been a collaborator on worker advocacy with the Farmworker Program and related initiatives.

“It’s been a coordinated effort through many entities on this campus to address this population,” says labor historian Veronica Martinez-Matsuda, assistant professor of labor relations, law and history, who is on the program’s faculty steering committee.

“Now there is a much more urgent language when we talk with them about their needs. In many ways, their bosses are experiencing that, too,” she says. “It has become even more important for those of us who can access resources to help mediate some of that, and for us to be involved.”

There is a need for more undergraduate student internships given the engaged-learning and service opportunities that exist, she says.

“It’s important to get students into the fields, into the labor camps, because the need is there, the interest is there,” Martinez-Matsuda says. “I get a lot of students asking for opportunities to get involved. I’ve never met a student who didn’t define it as a positive experience.”

USDA grant seeks to enhance milk production and cow health
Joseph McFadden, associate professor of dairy cattle biology in the College of Agriculture and Life Sciences, will use the funds to identify mechanisms that control insulin resistance in lactating cows. Under normal circumstances, insulin...
END_OF_DOCUMENT_TOKEN_TO_BE_REPLACED