Sarah Evanega, Ph.D. ’09, director of the Cornell Alliance for Science, has been named the 2021 Borlaug CAST Communication Award winner.

The Council for Agricultural Science and Technology (CAST) award recognizes outstanding achievement in the advancement of science in the public policy arena in the agricultural, environmental or food sectors.

“The world is facing numerous grave challenges that can benefit from scientific solutions,” said Evanega, a research professor in the College of Agriculture and Life Sciences’ (CALS) Department of Global Development with a joint appointment in the School of Integrative Plant Science and an adjunct faculty position at the Boyce Thompson Institute. “I’m deeply gratified that CAST has recognized the work of the Alliance for Science at a time when it has never been more important to advocate for science.”

Evanega, who received her Ph.D. in plant biology from Cornell in 2009, was recognized in part for envisioning and leading the Alliance for Science since its founding in 2014. Through innovative training and multimedia communications, the global initiative promotes science-informed decision-making around agricultural biotechnology and actively counters misinformation around that topic and other science issues, including vaccines, climate change and COVID-19. The Alliance has trained 800 people in 50 countries with progressive tools for communicating effectively about agricultural science.

CAST lauded Evanega for her dedication to agricultural research and technology. “With her ability to communicate on a variety of issues facing science, agriculture and technology, she is a worthy recipient of the 2021 Borlaug CAST Communication Award,” according to the organization.

Evanega’s efforts have been especially significant in creating an international platform that allows others to speak up in support of access to agricultural technologies. 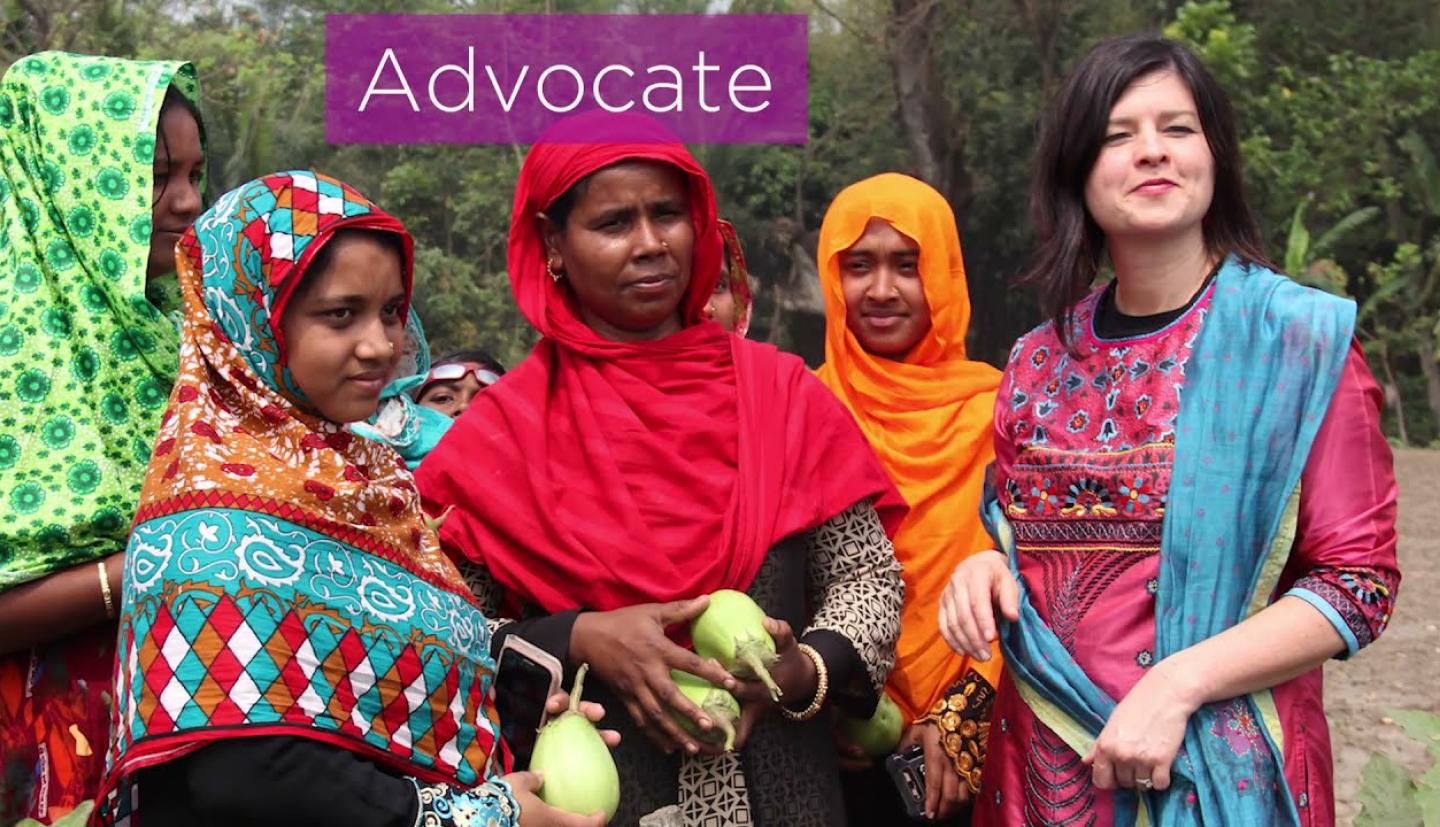 “Sarah’s passion for effectively communicating about agriculture and science has inspired many others to become outspoken science champions, dedicating their own lives to helping laypersons and policy makers better understand the scientific process and the critical need to ground food and agriculture policies in science,” said Ronnie Coffman, international professor of global development and plant breeding and genetics. “Her talent in galvanizing others allows her work to extend far beyond her own personal sphere and assume global significance, particularly in developing nations, where science champions and scientific organizations are less prominent than in the west.”

Patience Koku, a farmer in Nigeria, credited Evanega for opening new channels for people from all occupations to have a voice in the issues that matter most to them.

“Sarah’s work as a communicator has empowered me and countless others whom she has trained and who have impacted millions of lives across the world,” said Koku.

“The way in which she has been able to demystify science and has broken it down in ways that laymen can understand is outstanding. The passion and zeal with which she does her work is palpable and her fire can only but ignite others.”

In addition to extensive speaking engagements, Evanega teaches on agricultural biotechnology at the graduate and undergraduate levels and is part of an interdisciplinary team that developed a massive open online course (MOOC) on the science and politics of GMOs on Cornell’s EdX platform.

She is always looking for new ways to engage with the public around science, which prompted her to launch an imaginative outreach tool, the “Modified” food truck. It is staffed by the Modsquad, a group of science communicators who share stories of how biotech can help combat climate change and food insecurity—in other words, solve some of the biggest problems facing humanity now and into the future.

In other efforts to advance science communications, Evanega in 2005 co-founded Science Cabaret, an informal science “café” in Ithaca. She currently serves on the advisory board of the Ithaca Sciencenter as well as the advisory board of the Institute for Food and Agricultural Literacy at the University of California, Davis.  An alumna of the program, she also helped facilitate the long-term funding of a AAAS Mass Media Fellowship specifically for graduate students in plant and agricultural sciences who have a strong interest in communicating about agricultural biotechnology.

Evanega is an advocate for social justice and the advancement of women in STEM. She was instrumental in launching AWARE (Advancing Women in Agriculture through Research and Education), an initiative that promotes women in agriculture through CALS.

Her enthusiasm, dedication and professionalism have earned Evanega numerous awards and honors and helped her secure millions of dollars in grant funding for science communications projects, including sizable awards for the Alliance for Science.

An award presentation will occur during World Food Prize Symposium week in October 2021. The Farm Journal Foundation is the 2021 sponsor the Borlaug CAST Communication Award, which honors the legacies of Nobel Prize winner Norman Borlaug and Charles A. Black, the first president of CAST.

A partnership from the Innovation Lab for Crop Improvement seeks to improve sorghum breeding in Senegal and Costa Rica.

Cornell, together with CIMMYT, presents advanced wheat improvement course
CIMMYT and Cornell University are offering an innovative online course to empower global scientists with the most advanced training in wheat improvement.
END_OF_DOCUMENT_TOKEN_TO_BE_REPLACED