To do this, breeders use genetic markers to bring desirable traits from wild species into their cultivated cousins. Transferring those markers across species has been difficult at best, but a team of grapevine breeders, geneticists and bioinformatic specialists at Cornell AgriTech in Geneva, New York, has come up with a powerful new method.

Their research is detailed in “Haplotyping the Vitis Collinear Core Genome With rhAmpSeq Improves Marker Transferability in a Diverse Genus,” published Jan. 21 in Nature Communications.

The team’s new technique for developing genetic markers improves markers’ transfer rate across grapevine species by leaps and bounds – from 2% to 92%. With it, breeders worldwide can screen their collections and find out immediately which vines have the traits they want – regardless of what varieties they are, where they came from or which species their parents were.

Breeders bring desired traits from native species into cultivated ones by identifying the DNA markers that point to trait-associated genes, selecting plants that carry them and breeding across species. For grapevines and other plants, though, evolution has reshuffled the genetic deck so fully that markers developed using certain grapevine species don’t work with wild species or their hybrids.

Yet it’s essential that breeders have reliable markers for creating new grape varieties with improved flavor, weather- or disease-resistance – especially as climate change increases disease pressure and alters the growing range for many cultivated varieties.

Of the 2,000 markers the team developed, 92% matched with four grape families spanning the diversity of the Vitus (grapevine) genus, including related species that diverged 20 million years ago.

The researchers have already applied these new markers to more than 22,000 grapevines, including those within the USDA Agricultural Research Service’s national grapevine collection. The markers also reliably map muscadine grapes, a subspecies native to the southeastern U.S. and a major source of disease resistance genes.

Other grape species native to North America and Asia also are better adapted to varied climate and soil conditions, in addition to disease resistance.

“This tool is much more powerful than we realized,” said co-author Lance Cadle-Davidson, adjunct professor in Cornell’s School of Integrative Plant Science and a research plant pathologist with the USDA’s Grape Genetics Research Unit in Geneva. “It opens up so many new opportunities to make connections where none existed before. Now we’re all speaking the same language.”

This breakthrough in translating the grapevine genome into a common language for breeders is central to the mission of VitisGen2, the second iteration of a multi-institution research project from which the new marker development strategy emerged.

“This is game-changing work – and it’s only the beginning,” said Donnell Brown, president of the National Grape Research Alliance, an industry-led nonprofit representing the research interests of wine, juice, raisin and table grapes. “From here, we can greatly accelerate the genetic exploration that will help us improve fruit and production quality and, ultimately, respond to the threats of pests and diseases, a changing climate and more.”

This work was supported by grants from the U.S. Department of Agriculture and the National Science Foundation.

Sarah Thompson is a freelance writer for Cornell AgriTech.

Newly found bacteria fights climate change, soil pollutants
“Microbes have been here since life began, almost 4 billion years. They created the system that we live in, and they sustain it,” said Dan Buckley, professor of microbial ecology in the Section of Soil and Crop Sciences in the School of... 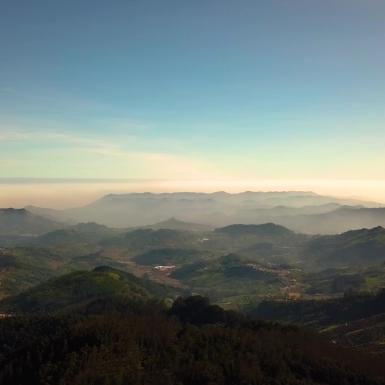 Experiential learning program celebrates 20 years in India
That question was answered over two weeks in January, as she and 17 other Cornell students – along with a nearly equal number of Indian students – traversed nearly 1,000 miles across India as part of coursework for the International Agricultural...
END_OF_DOCUMENT_TOKEN_TO_BE_REPLACED