Starting in the 1950s, fish began disappearing from hundreds of lakes and ponds in the Adirondacks. Local anglers were perplexed. They proposed various creative—and sometimes unusual—methods to bring the fish back: creating spawning boxes, piping in cold water, stocking lakes with different strains of brook trout. Nothing worked.

It wasn’t until 1972 that Carl Schofield, senior research associate in the Department of Natural Resources in Cornell’s College of Agriculture and Life Sciences (CALS), identified the culprit: acid rain was making cold-water lakes uninhabitable.

Schofield’s findings were brought to national attention by Cornell limnologist and ecologist Gene Likens, and this information provided the scientific foundation underpinning the 1990 Clean Air Act Amendments. The government regulations succeeded in reducing sulfur dioxide and nitrogen oxides emitted into the atmosphere by power plants and industrial facilities. As a result, the lakes of the Adirondacks became less acidic, and small groups of brook trout that survived in local tributaries began to flourish and repopulate the region.

Today, our work in the Adirondacks is addressing another environmental threat: climate change.

For more than ten years, Cliff Kraft, professor of natural resources and director of Cornell’s Adirondack Fisheries Program, along with other Cornell researchers, have been studying the effect of warming lake temperatures on the growth, survival and reproduction of brook trout. This work includes examining the genetic capacity of brook trout to tolerate and adapt to rising summer temperature conditions as well as identifying landscape features that provide cold-water refuge for fish during the peak of summer.

This work could ultimately help researchers predict the influence of future changing climate scenarios upon fish, with implications that extend far beyond the Adirondacks.

Cornell’s legacy in the Adirondacks stretches back to the late 1940s when Dwight Webster, professor of fishery biology, began visiting the region to study the biology and management of salmonid fishes, predominately brook trout. Webster had a specific interest in how the history and nature of the Adirondack landscape influenced the fish. Webster’s research formed the core of what would eventually become the Adirondack Fisheries Program, which is headquartered at the Little Moose Field Station near Old Forge in the southwestern Adirondacks.

That longtime presence in the Adirondacks has allowed CALS to develop close relationships with partners in the region, from federal agencies like the U.S. Geological Survey Water Resource Division, to non-government organizations such as the Adirondack Nature Conservancy, and other academic institutions that have collaborated on these studies.

The program’s uninterrupted presence in the Adirondacks for the last 65-plus years has been a unique advantage for studying environmental change, according to Kraft.

“Working with others to foster ideas of sustainability have made a real difference in these notable New York ecosystems. We’re trying to establish a long-term focus on certain types of issues and track them long enough to be able to understand what’s going on and make forecasts about what will happen in the future,” said Kraft, who plans to step down from the directorship within the next few years. The program recently named Peter McIntyre, Ph.D. ‘06 as the Dwight A. Webster Faculty Fellow in Fisheries and Aquatic Sciences, to ensure continuity of the program. McIntyre is slated to begin his tenure at Cornell in July 2018.

While researchers are still years away from drawing any concrete conclusions about climate change’s impact on the Adirondacks, Cornell’s success with acid rain shows that it is never too early to conserve natural resources and the ecosystems that sustain them.

“The Adirondacks are a beautiful and interesting place,” Kraft said. “When the environment is protected, animals and plants live and survive and they do well. It’s a legacy worth protecting.”

Recent and ongoing AFRP research projects in the Adirondacks: 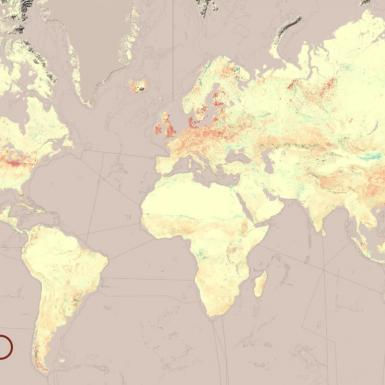 Mildred Warner, M.S. ’85, Ph.D. ’97, a professor of city and regional planning in the College of Architecture, Art and Planning (AAP), has received the Margarita McCoy Faculty Award for the advancement of women in planning in higher education...