The Cornell CALS experience empowers us to explore the boundaries of knowledge, supported by the leading minds of today and surrounded by the leading minds of tomorrow. We sat down with agricultural science majors Daniel Frea ’18 and Aleah Butler Jones ’19 and former dean David Call ’54, M.S. ’58, Ph.D. ’60 to discuss their CALS educations, the state of agriculture and how digital technologies are changing all of our lives.

David: I came to Cornell in 1950. At that time, if you could graduate from high school and were raised on a farm, you were pretty sure you could come to Cornell. I majored in general agriculture, and I met my future wife on the first day of classes. When I was here, it was almost 100 percent New York residents and probably 95 percent male. The college has changed tremendously since that time. The student mix is quite different now, and I think you’re all much brighter than we were.

Aleah: I’m not from a traditional ag background, but I’ve found that I was really attracted to the major in terms of the study and its interdisciplinary aspect. And I really love working outside.

Daniel: I come from a dairy and almond farm in California. I came to Cornell thinking I would be pre-vet but realized that I like business more than I like animals. I ended up in ag science with a business concentration.

David: I’ve traveled a lot in the United States, and I’ve been on farms in a lot of the states. When you mention the name Cornell and agriculture, the doors open up.

Daniel: The agricultural sciences major creates many opportunities on campus. Aleah is involved in plant genetics and vegetable systems, and I’m more into the business side. There are so many different backgrounds—people from farms, people from more urban areas—that it allows you to see a variety of perspectives. I think our major does an awesome job of connecting the dots within CALS.

Daniel: It’s hard to think about college without the internet. It’s also hard to imagine just agriculture without technology being a big focus. The idea of a tractor being monitored and guided by GPS is very cool.

David: I think your education is so much better because of technology. You have access to the world in a way that we didn’t have. Everything was handwritten, and when I graded papers, you can imagine looking at a hundred different types of handwriting. Another change is women’s diversity. And agriculture itself has changed just as much as Cornell has changed. 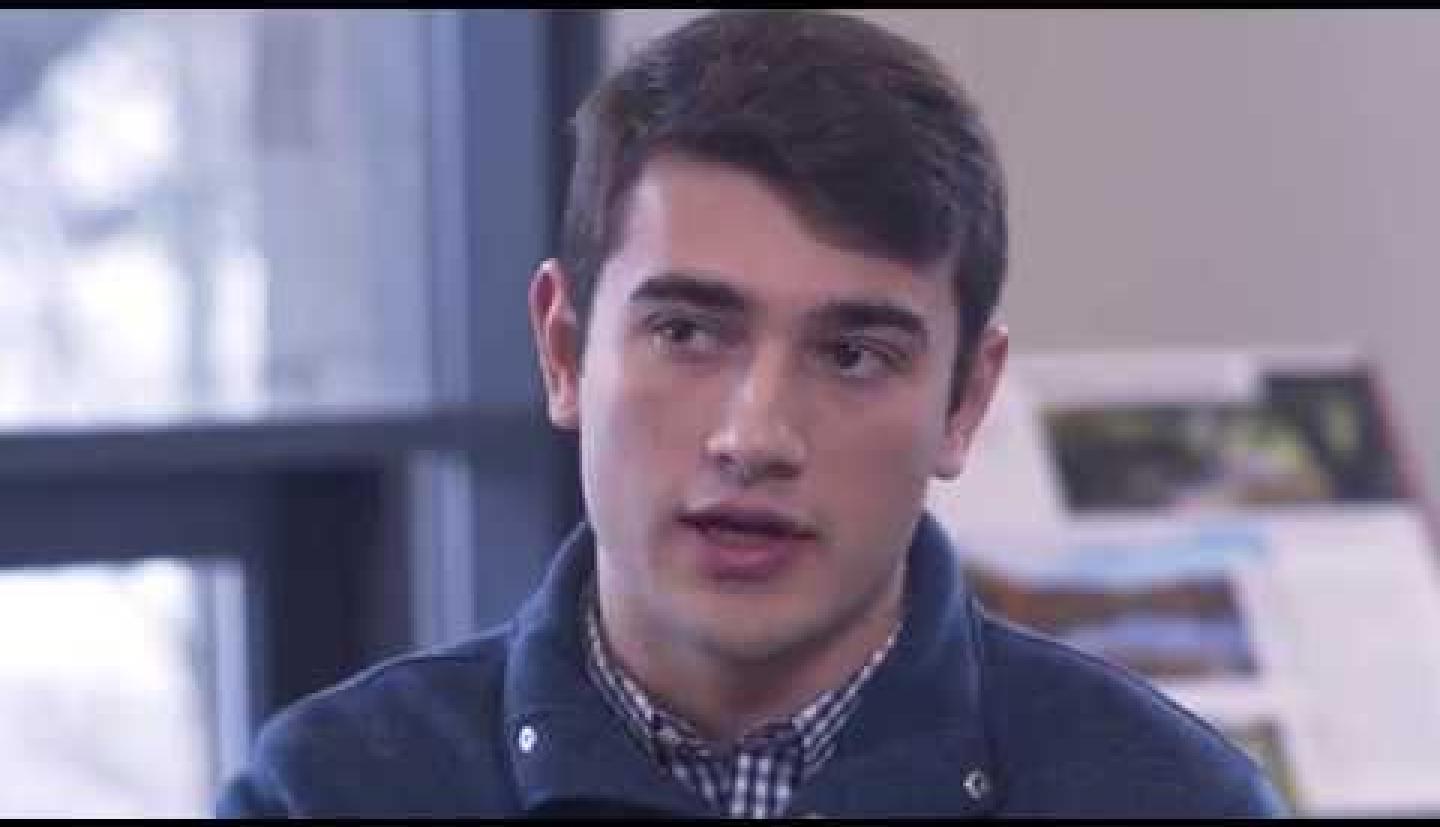 Play Then and Now: Agriculture Education at Cornell

David: In the early 1950s, supermarkets hadn’t really shown up yet. When you went to buy food, you went to a grocery store. You sat at the counter and [the clerk] would take things off the shelf. Now, you can have it delivered to your home. You can go on Amazon, and you can get anything you want. The transition in marketing food and agricultural products has just changed tremendously, and that has had an enormous influence on what’s taught at the college.

Daniel: There’s this growing disconnect between the farm and the actual consumer. More and more people are moving to urban areas. I think agriculture needs to step up and take some of that power back and educate consumers.

Aleah: I think there are a lot of misconceptions in general about agriculture, especially for people who don’t come from agricultural backgrounds. I’m from 45 minutes outside of New York City. It’s a very interesting thing to see, in terms of agriculture trying to bridge that gap between urban and rural populations. That’s really important because [nearly] half the population of the state lives in the New York City metropolitan area.

Aleah: But the other half lives in a much more rural area. But, if you think about voting bases, that’s half of your constituents that agriculture needs to remain relevant for. So I think communication is definitely one of the biggest issues facing agriculture. Related to that is getting people interested in the field. Then, finally, I think a big issue is sustainability.

David: It’s very interesting that, currently, more and more students at Cornell want to get a minor or want further depth in sustainability issues. I had never heard that word when I was an undergrad.

Aleah: I’m from an urban area, and when I told people in high school that I was going to study agriculture, I got quite a bit of backlash. Quite a few people said something along the lines of, “Why would you waste your talents and intelligence studying agriculture?”

Daniel: I know that when I tell people on campus that I’m an agricultural sciences major, I get, “So you want to grow corn for the rest of your life?” 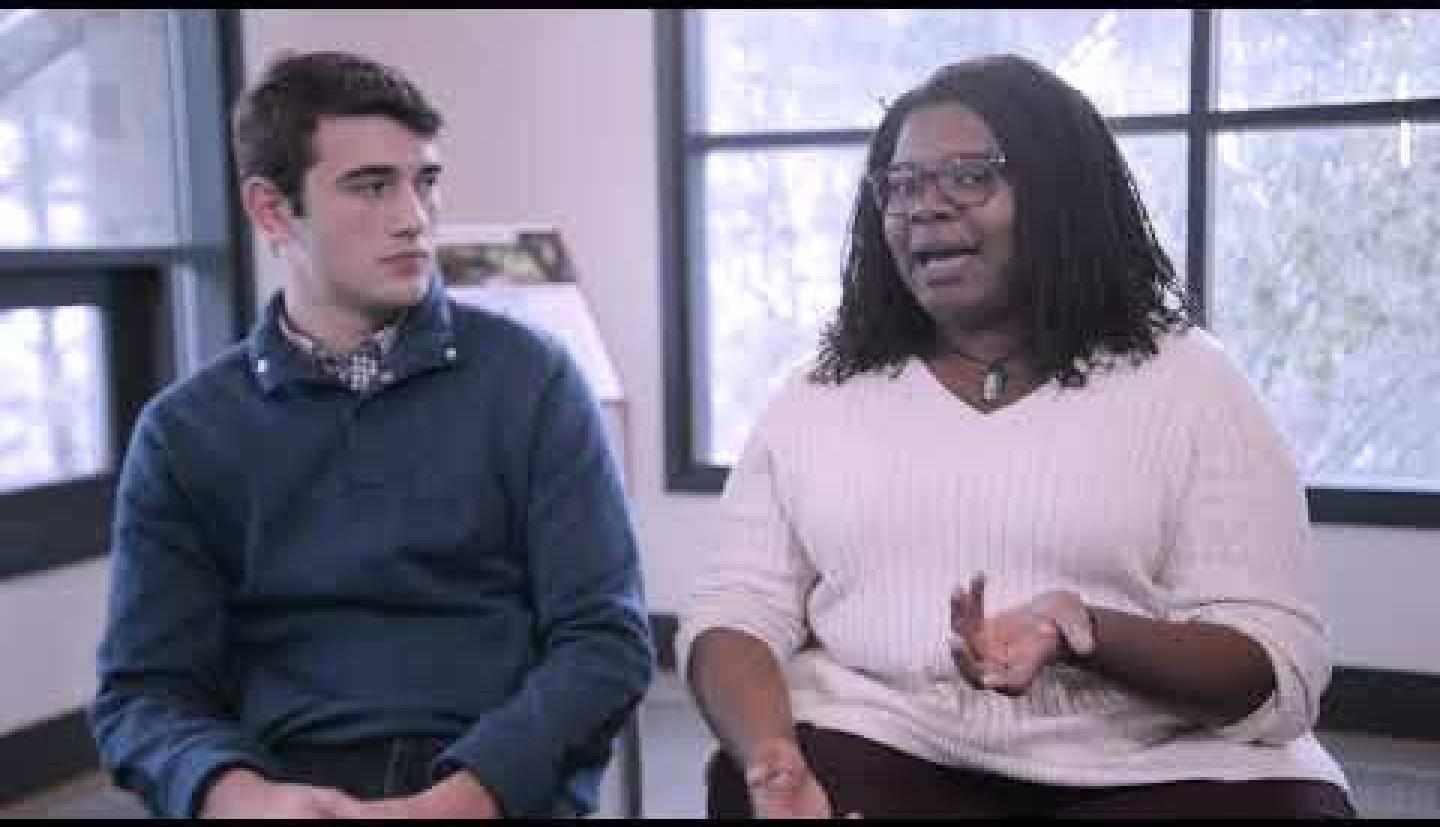 Play Then and Now: Perspectives on Agriculture

David: Have you had experience with digital ag?

Aleah: Last summer when I was at Cornell AgriTech, there were tractors rigged for GPS guidance. When you looked at the end of the field, you’d see basically perfectly straight rows.

David: It’s become quite common, particularly in vegetable production. The planting style has such an impact on mechanical harvesting, which is something that really grew through my whole life. This started in the 1950s, and it’s still going on.

Daniel: Robotic milking is becoming a big thing. A lot of guys in AGR [agricultural fraternity Alpha Gamma Rho] are starting to switch to robotic milking, and even small herd farms are looking into it right now just because labor is so expensive.

Aleah: There’s such a huge history in genetic engineering and its development at Cornell. People oftentimes fear what they don’t know and what they don’t necessarily understand. Communication is one of those key things to bridge that gap. In almost every single science class I’m in today, they bring up how to communicate these ideas to the general public.

David: It just hurts me to see people preaching anti-GMO. I guess I feel deeply about that because I was the one who put together a new program in molecular biology, and I brought in five new faculty members all at once to capitalize on genetic engineering. I think in the long run, once people accept it, like they have with grain production, it’ll become more widespread. As our society has changed, the college has changed, and my thinking has changed. I sort of grew in that process. I had to understand sustainability. I wasn’t educated in that area. So I think that we’re trying to get people to think of the system, of the breadth, that here is what you’re eating, and here’s your health, and that agriculture is a part of that. We’ve been lucky that in New York state we’ve gotten good support.

Aleah: I don’t think it will ever get boring. 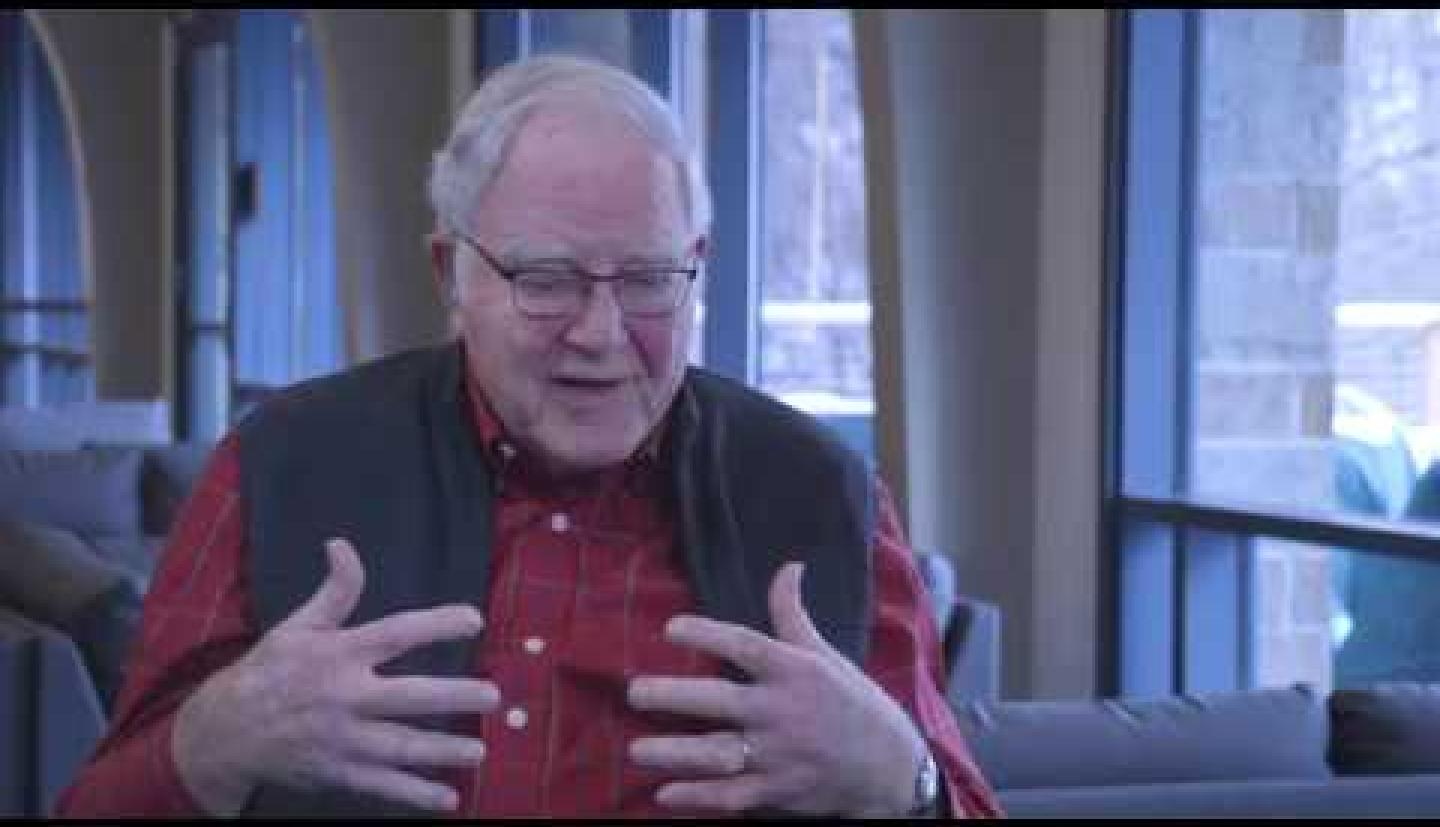 Play Then and Now: Applying Technology to Agriculture

Cornell AgriTech at 140: Growing a more resilient future
As agriculture and food industries move further into the 21st century, there are plenty of tough decisions and uncertainty ahead. But these industries, and Cornell AgriTech, have been here together before. In its 140 years, the station has...
END_OF_DOCUMENT_TOKEN_TO_BE_REPLACED