|
By Krishna Ramanujan
Share
One way farmers learn best practices is through their peers, but the pandemic has limited in-person meetings.

And when it comes to urban farming, a growing practice across the state that is not yet mainstream, traveling to farms in other cities may be difficult even in the best of times.

Now, Cornell researchers have created the most advanced virtual reality (VR) urban farm tour ever made – an online learning experience that promises to transport urban – and rural – farmers to New York City’s Red Hook Farms without ever leaving home.

“It may be the best and one of the only high-resolution 3D models of an urban farm in existence,” said Tapan Parikh, associate professor of computer and information science at Cornell Tech. Parikh is the first author of the paper, “Greening the Virtual City: Accelerating Peer-to-Peer Learning in Urban Agriculture with Virtual Reality Environments,” which published Feb. 3 in the journal Frontiers in Sustainable Cities. 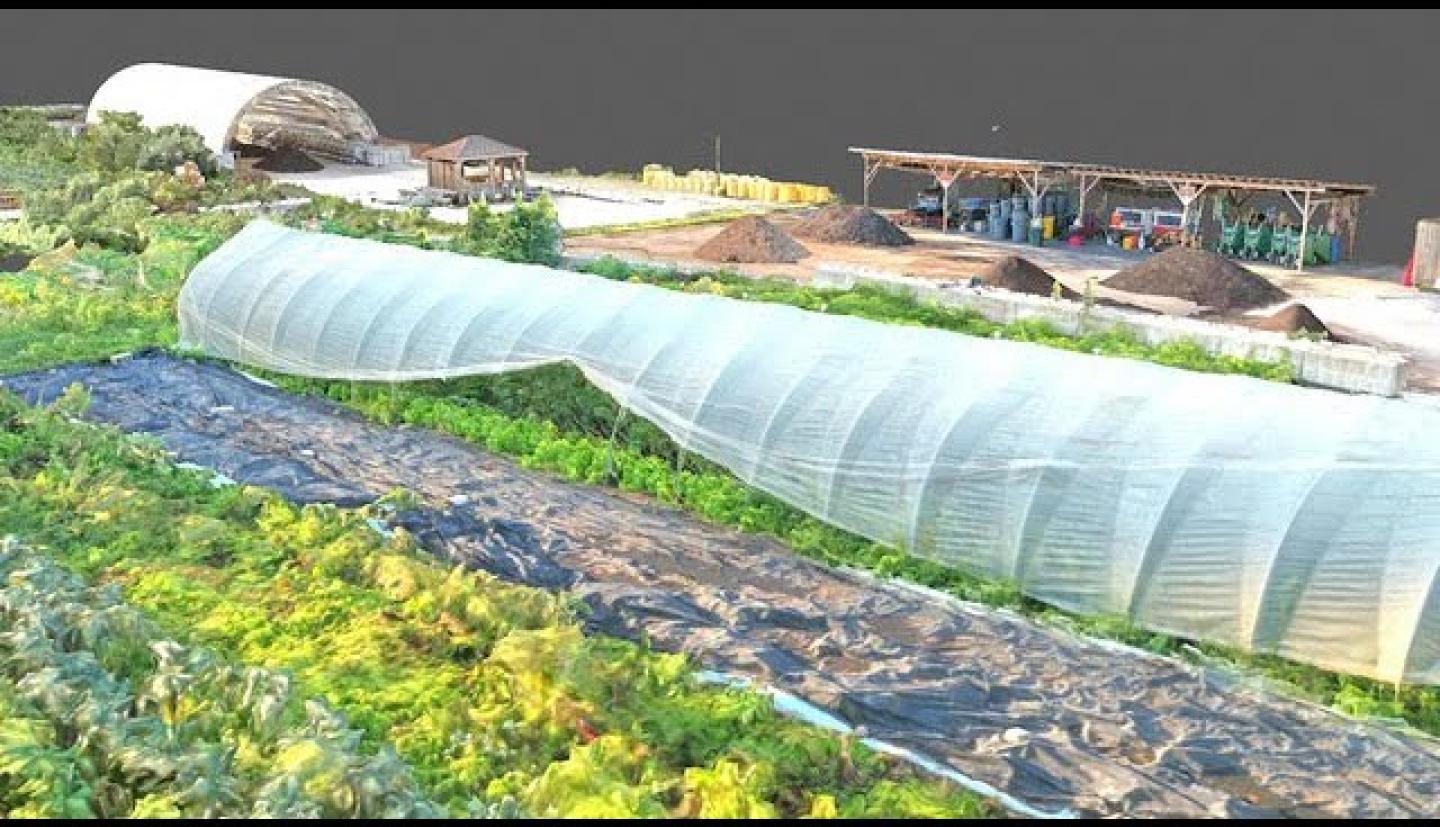 The research team used drones and a technique called photogrammetry to create a virtual model of Red Hook Farms, a youth-centered urban agriculture and food justice program in Brooklyn, managed by the Red Hook Initiative.

It may be the best and one of the only high-resolution 3D models of an urban farm in existence.
Tapan Parikh, associate professor, computer and information science at Cornell Tech

Users will be able view the platform with a VR headset, but also through a computer or mobile phone to accommodate varied access to technology, due to lack of infrastructure or an inability to afford equipment such as headsets that can run upwards of $300. Ambient sound will add to the experience of being at Red Hook Farm. Users will be able to “walk” around the farm and enter areas with demo and instructional videos led by farm managers. These videos will show aspects of farm production, such as cultivation, composting and weeding.

“An in-person farm visit can be prohibitive in terms of time and resources to bring people from all across the state together,” Parikh said. “We’re looking for some kind of happy medium between a situated embodied experience and the ability to convene people from across the state. We hope that’s what virtual reality provides us.”

The goal is to not only connect farmers and improve New York’s agricultural education, but to introduce new participants to the world of agriculture. Cornell’s land grant mission, which provides services and trainings through the Cornell Cooperative Extension (CCE), has historically catered to rural farming interests, but the growth of urban agriculture expands the range of stakeholders to include inner city residents who may be invested in food justice and food sovereignty.

“This is a way to see if there are technology and engagement opportunities that are distinctly different,” said Jenny Kao-Kniffin, associate director of CCE and the paper’s senior author. “It’s a completely different agricultural system that’s being defined by people who don’t own land.”

“Virtual reality creates more exposure that goes outside your area as well,” said Koron Smiley, Red Hook farm manager and a co-author of the paper. A former video gamer, he sees the use of VR in urban agriculture as a way of reaching new audiences that bridge the tech world with farming. “Virtual Reality is a way to show another perspective of the farm, especially to people who may not know about it, who are more into virtual reality and may not go outside as much.”

In the future, bridging high tech and agriculture may offer new career training opportunities, added Kao-Kniffin, who is also associate professor in the School of Integrative Plant Science Horticulture Section in the College of Agriculture and Life Sciences.

The work is funded by the United States Department of Agriculture and a Cornell Tech Urban Tech Hub Seed Grant.

The brand is a triple threat: it’s an alcoholic beverage with a better nutritional profile, it’s made from material that would otherwise go to waste – and it could eventually act as a model for dairy farmers looking for additional revenue.