|
By Krishna Ramanujan
Share
A new study reveals how sperm change their swimming patterns to navigate to the egg, shifting from a symmetrical motion that moves the sperm in a straight path to an asymmetrical one that promotes more circular swimming.

This change in behavior, called hyperactivation, enables the sperm to sweep the area once in the egg’s proximity, which improves the sperm’s chances of finding it.

For the in vitro study, the researchers designed microfluidic chips with micron-sized channels so they could observe bovine sperm with a microscope and a high-speed camera.

By exposing the mechanisms involved, the study not only unravels a mystery of how the sperm navigates to the egg, but it also has implications for human in-vitro fertilization and dairy cow reproduction and provides new information for engineers to design robotic micro swimmers.

“By understanding what determines the navigational mechanism and the biophysical and biochemical cues for a sperm to get to the egg, we may be able to use those cues to treat couples with infertility issues and select the best strategy for in vitro fertilization,” said Alireza Abbaspourrad, the paper’s senior author and the Youngkeun Joh Assistant Professor of Food Chemistry and Ingredient Technology in the Department of Food Science in the College of Agriculture and Life Sciences.

The study, “Mammalian Sperm Hyperactivation Regulates Navigation Via Physical Boundaries and promotes Pseudo-Chemotaxis,” was published online Oct. 29 in the Proceedings of the National Academy of Sciences. 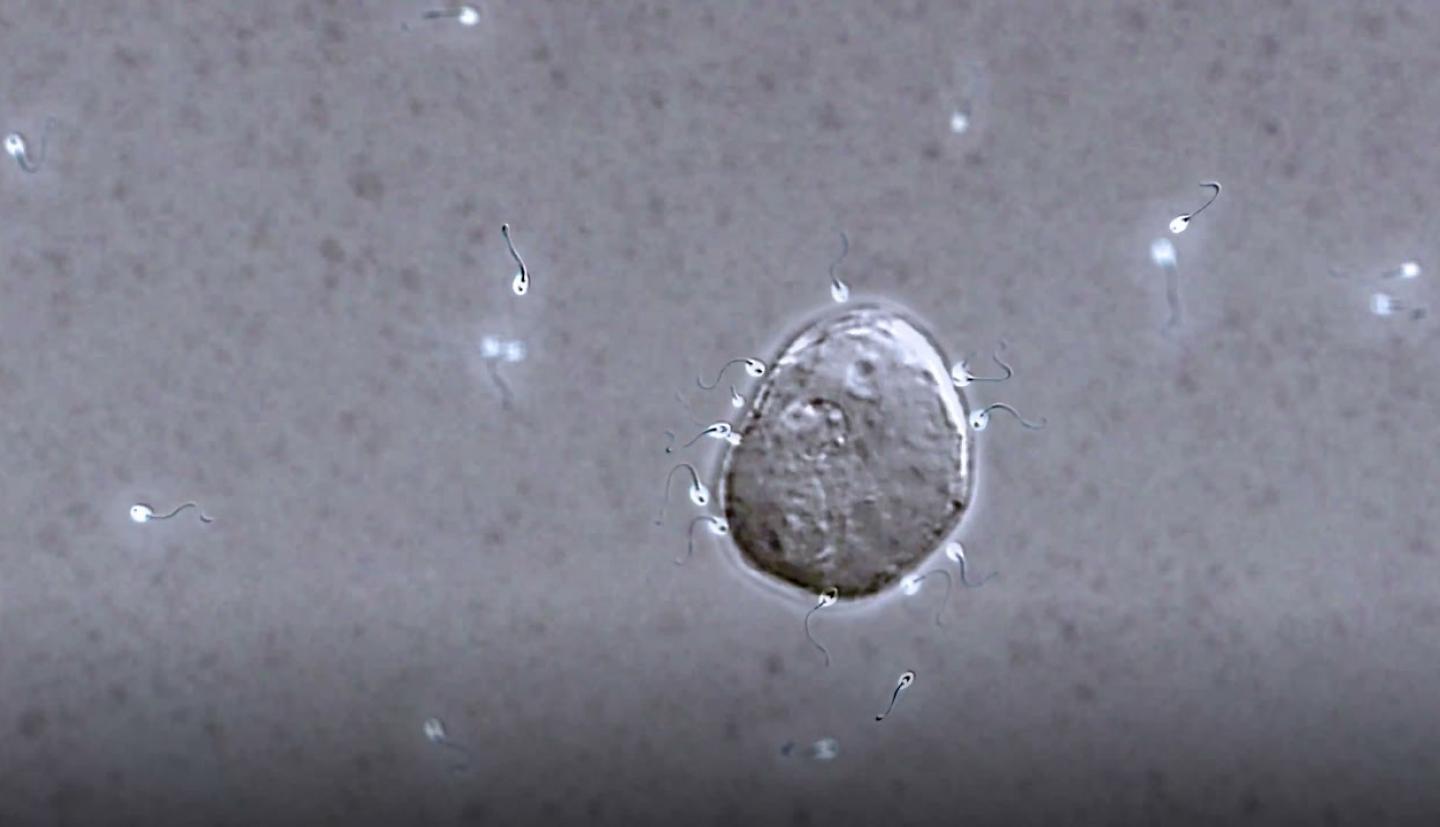 The paper clarifies how millions of sperm travel through the female mammal’s reproductive tract, with only a handful eventually reaching the fertilization site. The sperm stay close to the side walls and swim in a straight line against a small amount of fluid that flows from the upper to lower part of the reproductive tract. But once sperm reach the uterine junctional zone, enter the fallopian tubes and move towards the egg, an influx of calcium ions into their flagellum triggers hyperactivation and circular swimming. More study is needed to understand exactly what triggers the calcium influx in the flagellum.

By understanding what determines the navigational mechanism and the biophysical and biochemical cues for a sperm to get to the egg, we may be able to use those cues to treat couples with infertility issues and select the best strategy for in vitro fertilization.
Alireza Abbaspourrad, senior author and the Youngkeun Joh Assistant Professor of Food Chemistry and Ingredient Technology in the Department of Food Science in CALS

The microfluidic chips allowed the researchers to manipulate the environment. The team recorded the sperm swimming alongside the chamber’s walls. They then tested compounds, including caffeine, which increase calcium ions in a cell’s cytoplasm. They recorded the sperm’s behavioral switch in the presence of calcium from symmetrical, direct swimming to hyperactivated circular swimming that meant the sperm no longer hugged close to the walls. Without this shift, sperm could run into dead ends where they get stuck.

“It’s been shown that this [swimming] state is required for fertilization,” Abbaspourrad said. Though the observations occurred in a lab in vitro, it provides a sense of what might be happening in vivo, he said.

"We think that hyperactivation modulates sperm's swimming behavior as it ascends towards the fertilization site, depending on the functional region within the tract, and as sperm responds to the biochemical factors present in the environment," said Meisam Zaferani, the paper’s first author and a graduate student in Abbaspourrad’s lab.

Susan Suarez, emeritus professor of biomedical sciences, is a coauthor.

A New York state survey, supported by Cornell bee experts, finds that more than half of important native pollinators may be at risk of disappearing from the state – potentially threatening crops, wildflowers and insect diversity.