|
By Krisy Gashler
Share
For 65 years, Cornell CALS has been a leader in biogeochemistry, an interdisciplinary field that studies elemental cycles through Earth’s air, land and water, and is critical to understanding climate change. The first journal in the field was founded by Professor Bob Howarth in 1984.

Bob Howarth doesn’t go looking for fights, but he doesn’t hide from them, either. Howarth, the David R. Atkinson Professor of Ecology and Environmental Biology in the College of Agriculture and Life Sciences, has been a leader in the field of biogeochemistry for almost 40 years. His pioneering research has focused on ocean dead zones caused by nutrient pollution, methane’s role in climate change, the environmental impact of hydraulic fracturing for natural gas and the high carbon footprint of “blue” hydrogen. These groundbreaking studies have influenced policy and often sparked controversy; most recently, a lobbyist for a U.K. hydrogen group resigned just days after Howarth’s blue hydrogen study was published.

“When I decided I wanted to be a scientist, I could see biogeochemistry as a way to do science that was fun but was also something that mattered and had immediate, public impact,” Howarth said. “I’ve never set out deliberately looking for confrontation, but I have deliberately taken on questions that are challenging and where the answers matter.”

The key to answering questions that matter lies in the field itself. Biogeochemistry is inherently interdisciplinary, Howarth says, and serves as a bridge between life and earth sciences by studying the ways that biological life interacts with environmental chemistry, including the ways that humans impact those processes. When Howarth began his career in the early 1980s, biogeochemistry was still a new discipline, with few universities teaching courses in the subject and no journal devoted to the field.

Although the American Geophysical Union did not formally recognize biogeochemistry as a discipline “section” until 2000, it has been taught at Cornell continuously for 65 years, longer than at any other university in North America. Howarth founded the field’s first journal, Biogeochemistry, 35 years ago, and the field has grown dramatically since then, owing much to its critical role in understanding climate change.

Among those who raised the visibility and credibility of biogeochemistry was Gene Likens, who joined the Cornell faculty in 1969. Likens, with Yale Professor Herbert Bormann, had established the Hubbard Brook Ecosystem Study, a world-renowned project in New Hampshire that has been researching the long-term interactions among air, water, soil, plants and animals for over 60 years. Likens is also credited as one of the first scientists to discover acid rain. His research and advocacy on the negative impacts of polluted rainwater informed public understanding and brought about legislative change.

“When you talk about Cornell’s long-term impact in this field, you have to include Gene Likens, the icon of biogeochemistry,” said Kate Lajtha, a professor at Oregon State University and editor-in-chief of Biogeochemistry since 2004. “When I earned my Ph.D. in the 1980s, the word ‘biogeochemistry’ was still rarely used – my degree was in botany, which is ridiculous, but they didn’t know where to put people like me that didn’t fit into the traditional academic silos." 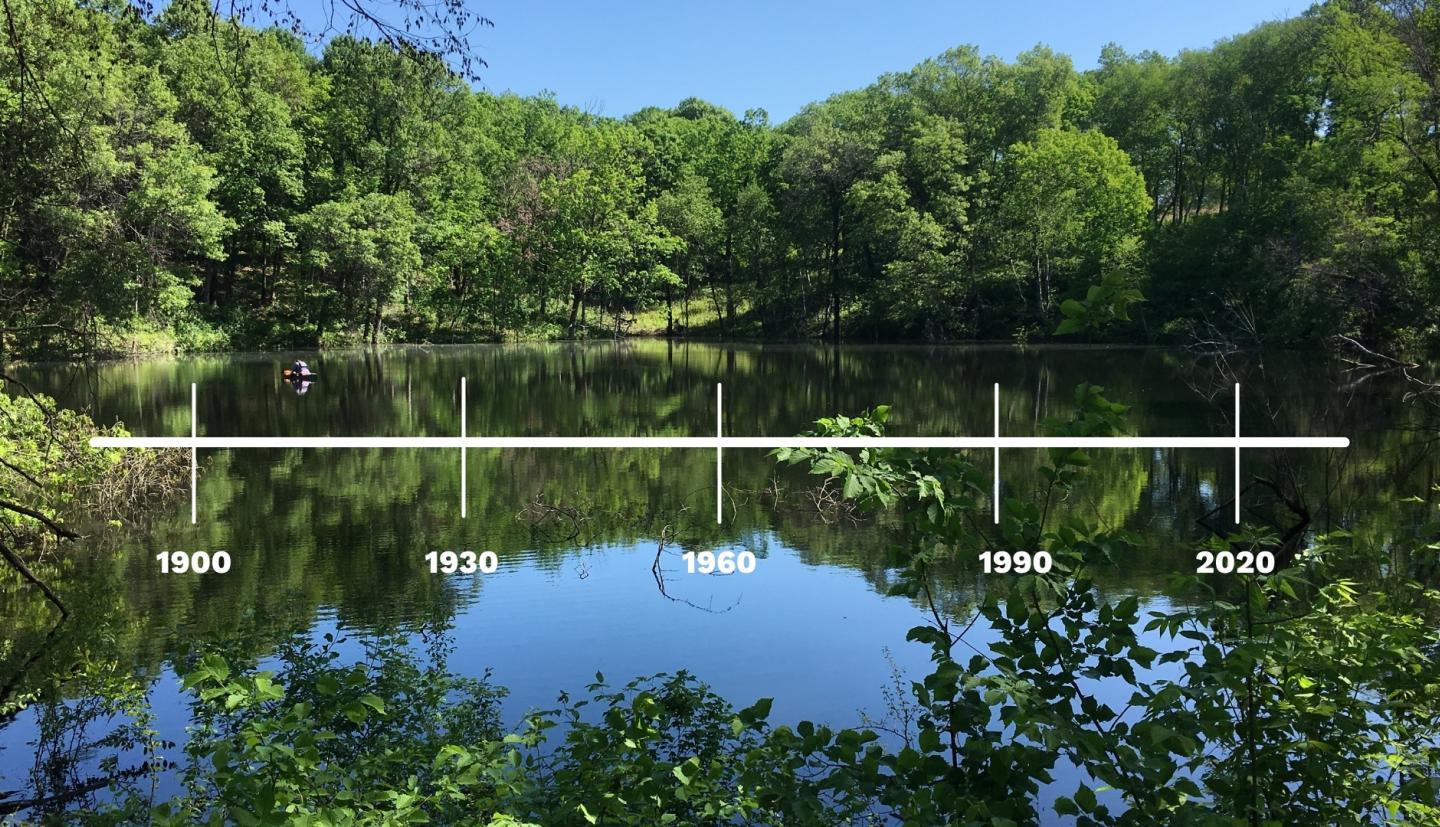 Cornell begins teaching courses in limnology, the study of the biological, chemical and physical features of lakes. It’s one of the first universities to offer courses in the subject, which is considered a precursor to the field of biogeochemistry.

The term “biogeochemistry” is coined by Russian scientist Vladimir Vernadsky. It is first used in English academic writing in 1943 by G. Evelyn Hutchinson, a limnologist at Yale University.

Jack Vallentyne, a student of Hutchinson’s, joins the Cornell faculty and begins teaching an advanced biogeochemistry seminar course, one of the first courses in biogeochemistry at any university in North America. Biogeochemistry courses have since been offered continuously at Cornell.

Gene Likens joins the faculty at Cornell, where he led the team that discovered acid rain. In 1963 Likens and Yale’s Herbert Bormann had established the Hubbard Brook Ecosystem Study, an innovative, whole-ecosystem biogeochemistry study that continues today.

Likens and Bormann publish “Biogeochemistry of a Forested Ecosystem.” The book, and its editions, have become classic texts used in biogeochemistry courses throughout North America.

Bob Howarth becomes founding editor of the journal Biogeochemistry, just four years after earning his Ph.D. The journal is the first in the world devoted to the discipline.

Howarth joins the Cornell faculty, where he conducts revolutionary research on nutrient pollution, ocean dead zones, climate change and hydrofracking, among other topics.

Cornell husband-and-wife team Howarth and Roxanne Marino found the biogeochemistry seminar series, which has been running continuously for over 30 years.

Howarth is appointed to a National Academy of Sciences climate change panel, where he emphasizes the warming role of methane, as well as carbon.

Howarth and Peter Vitousek, a biogeochemist at Stanford University, publish a seminal paper on nitrogen cycling and pollution in land and sea. It has been cited over 3,700 times.

Lars Hedin joins the Cornell faculty. He and Howarth co-led the biogeochemistry program until 2001. Hedin is now department chair of systems ecology and biogeochemistry at Princeton.

The U.N. Intergovernmental Panel on Climate Change’s sixth report for the first time emphasizes the role of methane in global climate change, as well as carbon dioxide.

Click on the milestones to learn more about Cornell CALS’s leadership in biogeochemistry.

‘Bob was a pioneer’

“Even as an absurdly young person, Bob was pushing theories, pushing boundaries, posing new ideas and causing scientific controversy,” Lajtha said. “He wasn’t afraid to throw out new theories or take on huge projects that no one before him had done.”

The excitement around the discipline led to several more faculty hires in the 1990s and to the first-ever graduate training grant for a biogeochemistry program.

“This opened up the gateway, the floodway, for multiple generations of students to be trained in biogeochemistry, including me,” said Sujay Kaushal ’97, professor at the University of Maryland and an undergraduate mentee of Howarth’s. “Bob was a pioneer. People forget, now that it’s a mainstream discipline and respected, that you had to have somebody stick their neck out to get the discipline to this point. Bob stuck his neck out there for biogeochemistry; he believed in it so much as a field.”

Howarth took a radical approach for his trailblazing 1996 study that demonstrated how nutrient pollution can cause ocean “dead zones,” where aquatic life can’t exist. He and his colleagues applied principles devised by biogeochemists like Likens to a far bigger ecosystem than previously had been studied: Howarth assembled a multidisciplinary team to investigate every natural and man-made nitrogen source in the North Atlantic, including sewage treatment plants, agricultural runoff and power plants. The series of studies the team published demonstrated a near-linear correlation between human activities and nitrogen pollution in oceans. The research was critical, not just for understanding and informing policy around nutrient pollution, but in pioneering methods of measuring large-scale human impacts – methods that are now widely used in understanding human-caused climate change.

The work of Likens and Howarth paved the way for dozens of other Cornell researchers in biogeochemistry, and for hundreds of undergraduate and graduate students. There are now 31 biogeochemists working across disciplines at Cornell, including Ben Houlton, the Ronald P. Lynch Dean of the College of Agriculture and Life Sciences (CALS), whose research focuses on global ecosystem processes, climate change solutions and agricultural sustainability. Many of the university’s biogeochemists belong to the Department of Ecology and Evolutionary Biology, which is housed in both CALS and the College of Arts and Sciences.

Assistant Professors Xiangtao Xu and Meredith Holgerson are two of the newest biogeochemists hired by Cornell in 2019 and 2020, respectively. Xu studies global carbon modeling and ecosystem ecology in the context of climate change. Holgerson explores how ponds respond to environmental change and the role they play in the global carbon cycle. One of Holgerson’s first academic publications was in Howarth’s Biogeochemistry, on cycling of carbon dioxide and methane in small ponds.

“Usually, you’re pegged as either an aquatic or a terrestrial researcher, but Bob has influenced both fields,” Holgerson said. “By studying biogeochemistry across ecosystem types and geographic regions, he has advanced our knowledge of biogeochemical cycling in a diversity of ways.”

Howarth said he’s hopeful about the next 65 years of biogeochemistry at Cornell.

“With the hiring of these world-class researchers, I’m so excited about where we stand moving forward,” he said. “If and when I retire, I’m quite confident that there will be a long, ongoing tradition of strength in biogeochemistry at Cornell.”

Krisy Gashler is a writer for the College of Agriculture and Life Sciences.

Meet some of our biogeochemists

There are 31 researchers studying biogeochemistry across disciplines at Cornell. Meet a few of them below:

Joe Yavitt focuses on the biogeochemistry and ecology of forest, wetland and desert ecosystems.

Meredith Holgerson explores how ponds respond to environmental change and the role they play in the global carbon cycle. 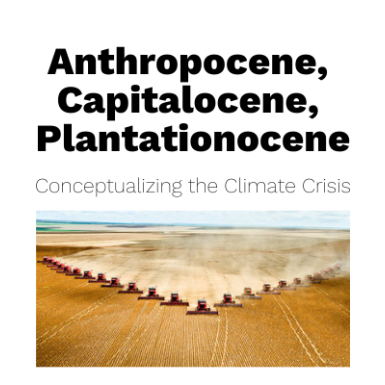 Anthropocene, Capitalocene, Plantationocene: Conceptualizing the Climate Crisis
A critical conversation on our contemporary planetary predicament and how different ways of conceptualizing it might entail different strategies for transformative change. Wendy Wolford is Robert A. and Ruth E. Polson Professor of Global... 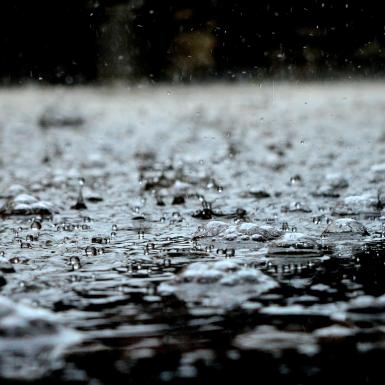 Cornell Biogeochemistry Seminar Series Presents: Dr. Gene Likens
Attendees will learn about the earth's biogeochemical cycling by world experts and will hear about some of the most pressing biogeochemical questions across terrestrial and aquatic ecosystems. In this session, Dr. Gene Likens, Distinguished... 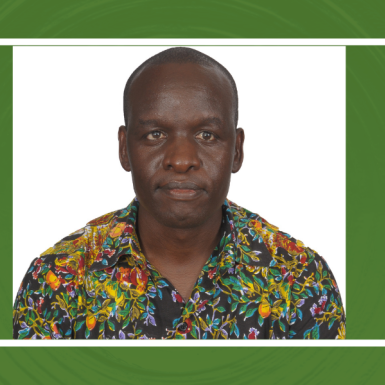 Turning the Tide: a Decade of Opportunities
Perspectives in Global Development: Spring 2022 Seminar Series Africa is experiencing an unprecedented scale of large scale developments ranging from ports and harbors, mining, roads and railways, agriculture and oil & gas among others all... 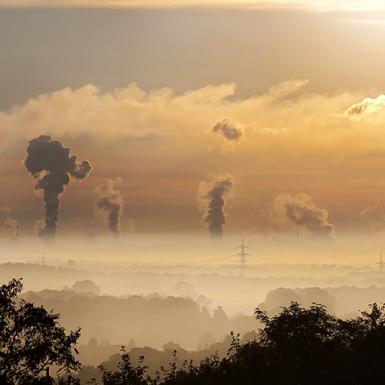 Policy, farm management help China mitigate climate change
Production of animal protein in China has increased by 800% over the past 40 years, but new research shows why the amount of climate-warming nitrous oxide released from this animal farming has not risen as quickly.
END_OF_DOCUMENT_TOKEN_TO_BE_REPLACED