|
By Marc Devokaitis
Share
It’s an almost universal feeling: the thrill of hearing a mysterious new bird song. And it’s usually followed up by a question: What was that bird?

The question just got much easier to answer. The Cornell Lab of Ornithology’s free Merlin Bird ID app can now identify bird sounds. Merlin can recognize the sounds of more than 400 species from the U.S. and Canada, with that number set to expand rapidly in future updates.

As Merlin listens, it uses artificial intelligence (AI) technology to identify each species, displaying in real time a list and photos of the birds that are singing or calling.

Automatic song ID has been a dream for decades, but analyzing sound has always been extremely difficult. The breakthrough came when researchers, including Merlin lead researcher Grant Van Horn, began treating the sounds as images and applying new and powerful image classification algorithms like the ones that already power Merlin’s Photo ID feature. 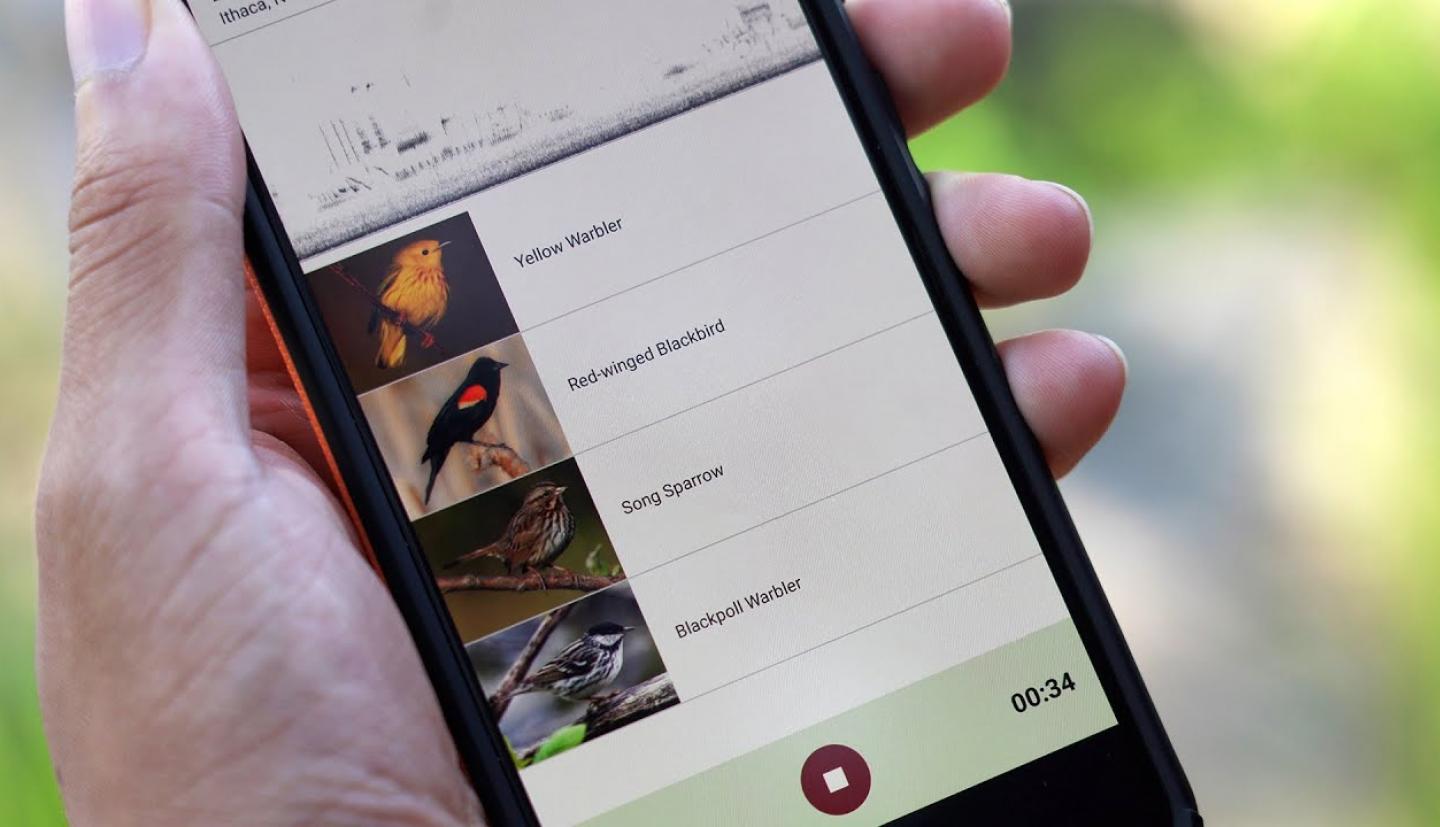 “Each sound recording a user makes gets converted from a waveform to a spectrogram – a way to visualize the amplitude [volume], frequency [pitch] and duration of the sound,” Van Horn said. “So just like Merlin can identify a picture of a bird, it can now use this picture of a bird’s sound to make an ID.”

Merlin’s pioneering approach to sound identification is powered by tens of thousands of citizen scientists who contributed their bird observations and sound recordings to eBird, the Cornell Lab’s global database.

“Thousands of sound recordings train Merlin to recognize each bird species, and more than a billion bird observations in eBird tell Merlin which birds are likely to be present at a particular place and time,” said Drew Weber, Merlin project coordinator. “Having this incredibly robust bird dataset – and feeding that into faster and more powerful machine-learning tools – enables Merlin to identify birds by sound now, when doing so seemed like a daunting challenge just a few years ago.”

This pioneering sound-identification technology is integrated into the existing Merlin Bird ID app, meaning Merlin now offers four ways to identify a bird: by a sound, by a photo, by answering five questions about a bird you saw, or by exploring a list of the birds expected in the user’s location.

Merlin helps identify individual bird sounds even when multiple birds are singing at the same time. After a user records the bird’s sounds, they can select a species and zip back to the spot in the recording where its song or call occurred. The recordings are saved automatically so users can listen to and look at the sounds again, making Merlin a great learning tool.

With one-touch access, users can also learn more about each bird with ID tips, maps and more than 80,000 photos and sounds from the Cornell Lab’s Macaulay Library.

“The Merlin app really unlocks a whole new world of sound,” said the Cornell Lab’s Jessie Barry, whose team led the project. “It helps everyone solve the mystery birds they’re hearing around them, and the technology that powers Merlin sound identification can also be used for research and conservation, opening up new possibilities for the way scientists can monitor, study and protect birds.”

Merlin sound ID marks a great leap forward in the ability for people to connect with and understand the sounds of the natural world around them, Barry said.

Macaulay Library web designer Matt Schloss, who describes himself as an advanced beginner and beta-tested the app, agrees.

“Merlin has helped me find birds that I might have overlooked before. It actually makes me feel like I have a superpower, or at least enhanced skills,” Schloss said. “I truly think this is going to change the way people bird.”

Marc Devokaitis is associate editor at the Cornell Lab of Ornithology.

The gorges on Cornell’s campus are part of its iconic beauty, and generations of Cornellians have been inspired by hiking through them – but their beauty can belie their potential danger.

The free machine-learning powered tool can identify more than 3,000 birds by sound alone, generates reliable scientific data and makes it easier for people to contribute citizen-science data on birds by simply recording sounds.