|
By Sara Baier
Share
Expensive refrigeration was cutting into Vipul Saran’s profits. As an undergrad in India, and the third generation in his family to work in agriculture, Saran had started a new venture: exporting potatoes from western Uttar Pradesh to the Middle East.

But the high cost of cold storage had become “a pinching point.”

To ship $2,000 worth of potatoes to Dubai in a refrigerated container in the summer, he’d pay $3,000 – losing $1,000 in profits before the product even got to the buyer. But to ship the potatoes in the winter – when he could get away without refrigeration – cost just $96.

The solution has emerged in Farther Farms, a food tech startup co-founded by Saran MPS ’17 and Mike Annunziata ’11, MBA ’17, with technology developed at Cornell. Its innovative sterilization technology produces shelf-stable foods that don’t need freezing or refrigeration. Their first product is the world’s first commercially available shelf-stable french fry – a major addition to an industry dominated by frozen fries first invented in the 1940s. 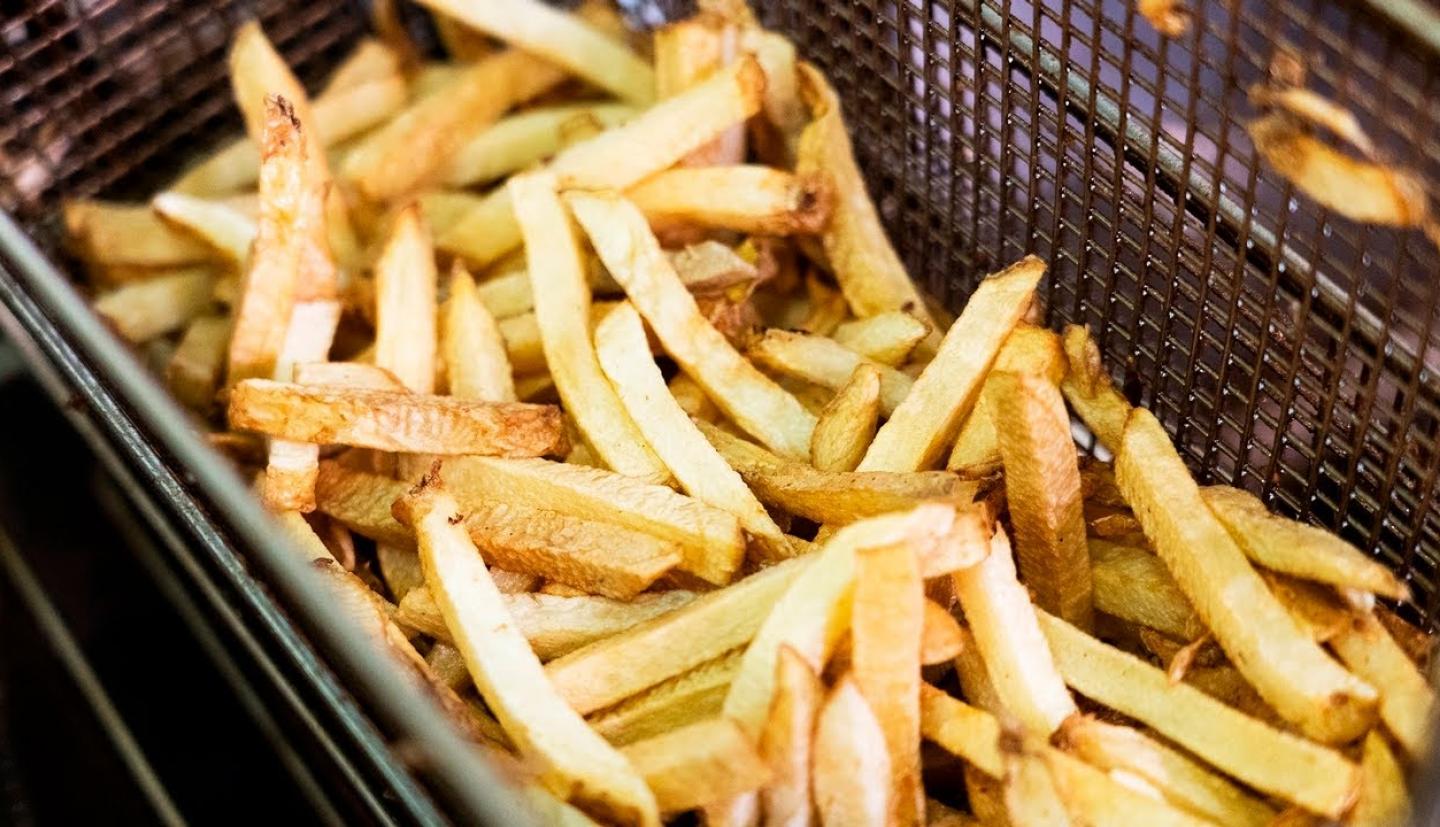 Saran, chief technology officer, had studied food science in India. At Cornell, his adviser, Syed Rizvi, professor of food science in the College of Agriculture and Life Sciences, and he developed and patented the technology, which Cornell’s Center for Technology Licensing (CTL) then licensed to Farther Farms.

“The best part of the Cornell entrepreneurial ecosystem is that everyone gets a shot and Cornell gives you the support, resources and mentorship needed to take that shot,” says Annunziata, CEO of Farther Farms. “And if you’re ambitious enough to want to launch a business, Cornell can put you in a position to be successful."

“That’s continuing to play out for us," he says. "Throughout all our ups and downs over the last four years, having the support of our networks at Cornell and in the region has been invaluable.”

French fries are just the beginning. The technology can apply to any food products made of fruits, vegetables, dairy or meats, from solids to semi-solids and liquids. A combination of high-pressure carbon dioxide and moderate temperatures inactivates not only the enzymes that cause browning but also the microorganisms that cause spoilage.

Since eLab, Annunziata and Saran have received a Phase I research grant from the National Science Foundation and constructed a pilot production plant in Rochester, New York. The startup has recently begun distributing their flagship product, which diners can try at Luna Inspired Street Food in Ithaca and at The Hideaway and Radio Social in Rochester.

And Endico Potatoes, a large redistributor of potato products in the New York City Metro area, carries Farther Farms french fries. “Selling this product is fun because it does what it’s supposed to do. It just works,” says John Hanna, president of Endico. “Our customers are finding that these fries are high quality and delicious.”

Farther Farms continues to scale up its business. The startup raised $12 million in its first significant round of venture capital financing, led by a group of strategic investors including Endico Potatoes; Richard Porter, former president of Lamb Weston, a frozen french-fry manufacturer; and others in the food and agriculture arena.

Farther Farms has grown from three to 25 full-time employees in two years and are hiring for several highly skilled positions.

“I’m most excited about the world-class team our company is building,” says Annunziata, noting the interdisciplinary group is comprised of an in-house microbiologist and bioprocess engineers, chemical engineers, chemists and food scientists.

“We want to be part of the next generation of technologies that can help reduce energy consumption over long periods of time,” Annunziata says, “and give people new, exciting options of delicious food that they can eat, while also having a positive impact on people and the planet.”

Sara Baier is a marketing and communications specialist for the Center for Regional Economic Advancement at Cornell University.