A new Cornell-led study shows that Midwest agriculture is increasingly vulnerable to climate change because of the region’s reliance on growing rain-fed crops.

Ariel Ortiz-Bobea, assistant professor of applied economics and management and CoBank/Farm Credit East Sesquicentennial Faculty Fellow in Production Economics and Sustainability, set out to assess the impact extreme weather is having on agricultural productivity in the United States. While previous studies have looked at the vulnerability of individual field crops, which make up one-third of the country’s agricultural output, researchers haven’t addressed the whole scope of agricultural production, including livestock, at the national level.

“We’re trying to get a big picture idea of what is going on,” said Ortiz-Bobea. “The data captures every state’s agriculture over the past 50 years. If you see in the aggregate data that something big is happening, this really captures massive processes that are affecting many people at the same time.”

The resulting paper, “Growing Climatic Sensitivity of U.S. Agriculture Linked to Technological Change and Regional Specialization” published in Science Advances, pinpoints the specific regions in the U.S. that are growing more sensitive to extreme climate shocks. The area of greatest concern is the Midwest, where rain-fed field crops like corn and soybeans have become increasingly vulnerable to warmer summers.

To get this panoramic snapshot, Ortiz-Bobea and his team used state-level measures of agricultural productivity that capture how inputs – such as seeds, feed, fertilizer, equipment and herbicides – are converted into economic outputs. The researchers mapped that information against nearly 50 years’ worth of climate data from 1960 through 2004, essentially seeing what would happen if weather was treated as an additional input. 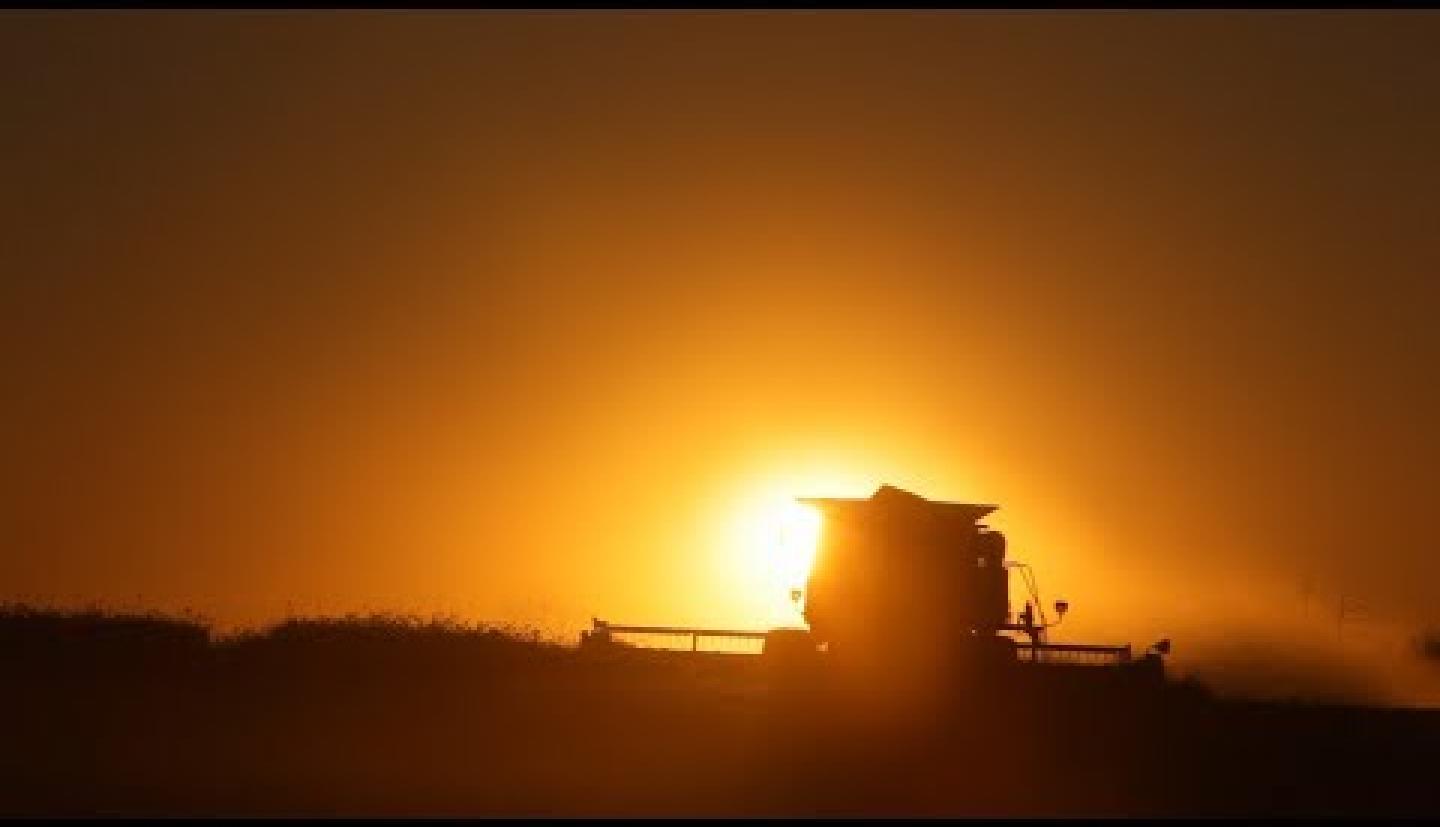 The results show a clear escalation in climate sensitivity in the Midwest between two distinct time periods. In the 1960s and ’70s, a 2 degree Celsius rise in temperature during the summer resulted in an 11 percent drop in productivity. After the 1983, however, the same rise in temperature caused productivity to drop 29 percent.

While these damaging summer conditions usually only occur six percent of the time, the researchers indicate that an additional 1 degree C warming would more than quadruple their frequency to roughly one of every four years.

“Losing almost half your profit every four years? That’s a big loss,” said Ortiz-Bobea, a 2017-18 social sciences, humanities and arts fellow with the Atkinson Center for a Sustainable Future.

One of the reasons the Midwest is growing more vulnerable to drastic climate variations is because its agriculture industry is increasingly specialized in crop production, like nonirrigated cereal and oilseed crops.

“Specialization in crop production is a compounding factor,” said Ortiz-Bobea, who collaborated on the paper with Erwin Knippenberg, a Cornell doctoral student in the field of applied economics and management, and Robert G. Chambers of the University of Maryland.

“Most of the agriculture in the Midwest is corn and soybeans. And that’s even more true today than it was 40 years ago,” Ortiz-Bobea said. “That has implications for the resilience to climate of that region, because they’re basically putting all their eggs in one basket, and that basket is getting more sensitive.”

Meanwhile, growers in the west, southwest and southern plains generally cope better with climate shocks due to their intensive use of irrigation. Those regions are also relying on livestock production and have developed effective methods for helping cows cope with heat stress, like fans and sprinkler systems. In effect, it’s easier to care for your cow than your crops.

“If you’re in the Midwest and it doesn’t rain and you don’t have irrigation, you’re in trouble, right?” Ortiz-Bobea said. “There’s nothing you can really do about that in the middle of a drought.”

One important caveat Ortiz-Bobea notes is that his team was not able to capture the effect of prolonged multiyear droughts, therefore possibly understating the true long-term sensitivity of irrigated agriculture and animal production.

“The advantage of having this type of aggregated data is that it summarizes so much information, but obviously we may be losing many nuances,” he said, adding that such a big-picture view has equally big implications for policymakers. “You want regions that are more productive in a particular activity to specialize in those activities, but that could make the overall system more risky. So you have to think about risk-sharing across different regions in the U.S.”

In addition to analyzing past and present impacts of climate change on agriculture, Ortiz-Bobea is also looking to the future.

A separate paper he wrote with Jesse Tack of Kansas State University, published last month in Environmental Research Letters, examines the rise of maize yields in the U.S. resulting from the widespread adoption of genetically engineered seeds beginning in the 1990s and asks whether another such revolution will be needed to offset the projected yield losses under climate change. The short answer is yes.

“If these things materialize like the climate models are saying, you would need to have a sustained growth in yields that will need to exceed the historical rates we’ve seen over the past several decades,” Ortiz-Bobea said. “Otherwise you would have to increase more inputs – more fertilizer, more land – in order to have the supply to meet the demand of our rising population. Because the changes are coming – changes in temperature, changes in precipitation, and at a different magnitude than what we’ve seen.”

Both studies were partially funded by the Atkinson Center for a Sustainable Future through its Faculty Fellowship for the Social Sciences, Humanities, and the Arts program.