|
By Daniel Aloi
Share
Young people are filming TikToks in the family bathroom, Snapchatting with friends, documenting their lives on Instagram and logging into Google Classroom at school. A Cornell professor is helping them see the conceptual possibilities in these platforms.

Jon McKenzie is working with area school teachers and their students to address issues meaningful to them and their communities, using strategic storytelling, a variety of media-making and participatory research.

His work encourages students to create info comics and short videos, advancing their transmedia literacy – developing narrative techniques for making arguments across multiple platforms. In the process, they learn collaboration and communication skills while leveraging their existing digital acumen to translate research for nonacademic audiences and local stakeholders.

“Our youth today are using media in all kinds of ways that we barely understand,” McKenzie says. “And since about half of our nation’s schoolchildren are in Google Classroom, they are working in digital platforms. Thought-action figures are what ideas become in the digital age: dynamic and configurable.”

His research in transmedia knowledge “provides teachers and students with a language,” McKenzie says, for thinking across more than 20 different genres “that students can work in – info comics, PechaKucha, community installations; there’s a genre called Science Rap, and another called ‘Dance Your Ph.D.’ … I’m interested in not only how to disseminate specialized knowledge, but how to enable people on the ground to inform and possibly transform research.”

PechaKucha is a style of presenting information visually, a modular TED talk spending 20 seconds talking alongside each of 20 slides. McKenzie sometimes has his students do this with 10 slides or just three.

“In my faculty workshops at Cornell, I find PechaKucha helps folks configure their research and get down to the core ideas,” he says.

With students in his spring course Design Thinking, Media and Community, McKenzie is advancing a Civic Storytelling pilot project with stakeholder partners including the Ithaca City School District, Dryden High School and The History Center in Tompkins County.

Design thinking is “a collaborative approach to problem-solving and innovation,” McKenzie says. “Our goal is to pair up teams of three or four students with each of the community partners, and have them help figure out how to translate this knowledge into very concrete practices, and perhaps policies as well.”

McKenzie’s co-investigator on Civic Storytelling is Gretchen Rymarchyk, Ph.D. ’00, an extension associate for the New York State Rural Schools Program in the College of Agriculture and Life Sciences’ Department of Global Development, and deputy executive director of the statewide Rural Schools Association. The project will result in developing media kits to potentially forge further partnerships between humanists and local schools, libraries and community organizations.

“I think rural schools will particularly benefit because they’re not as well-resourced as some of the other schools,” Rymarchyk says. “The more they can integrate with community resources, the better.”

At Dryden High School, students in art teacher Elizabeth Rechtin’s yearlong video production class are working with McKenzie and his students on Civic Storytelling projects they will present in June at the History Center.

“The idea is real stories about real issues that are then going to be presented outside of the class in a public environment,” McKenzie says.

Their short-form video topics include: outdoor recreation supporting physical and emotional well-being; impacts of pollution on local water sources; and how assumptions or misunderstandings around language can affect communication.

“There’s a lot of power to this kind of storytelling, and it’s very relevant to what they end up doing in the future,” Rechtin says. “They’re thinking about their own community in a different way, and asking, ‘What is happening in this community that is important to me?’ As they’re interviewing people, they’re beginning to recognize various resources they haven’t known before.”

The project has had immediate academic benefits for her students. “It is giving them a chance to work on research skills,” Rechtin says. “Some of Jon’s students are going to be coming in and helping them refine questions, and answer basic questions of research.”

Working with a library media specialist, her students are exploring databases for research and “information that can help them shape their own story and narrative, bringing things to the forefront from their own perspective,” Rechtin says. 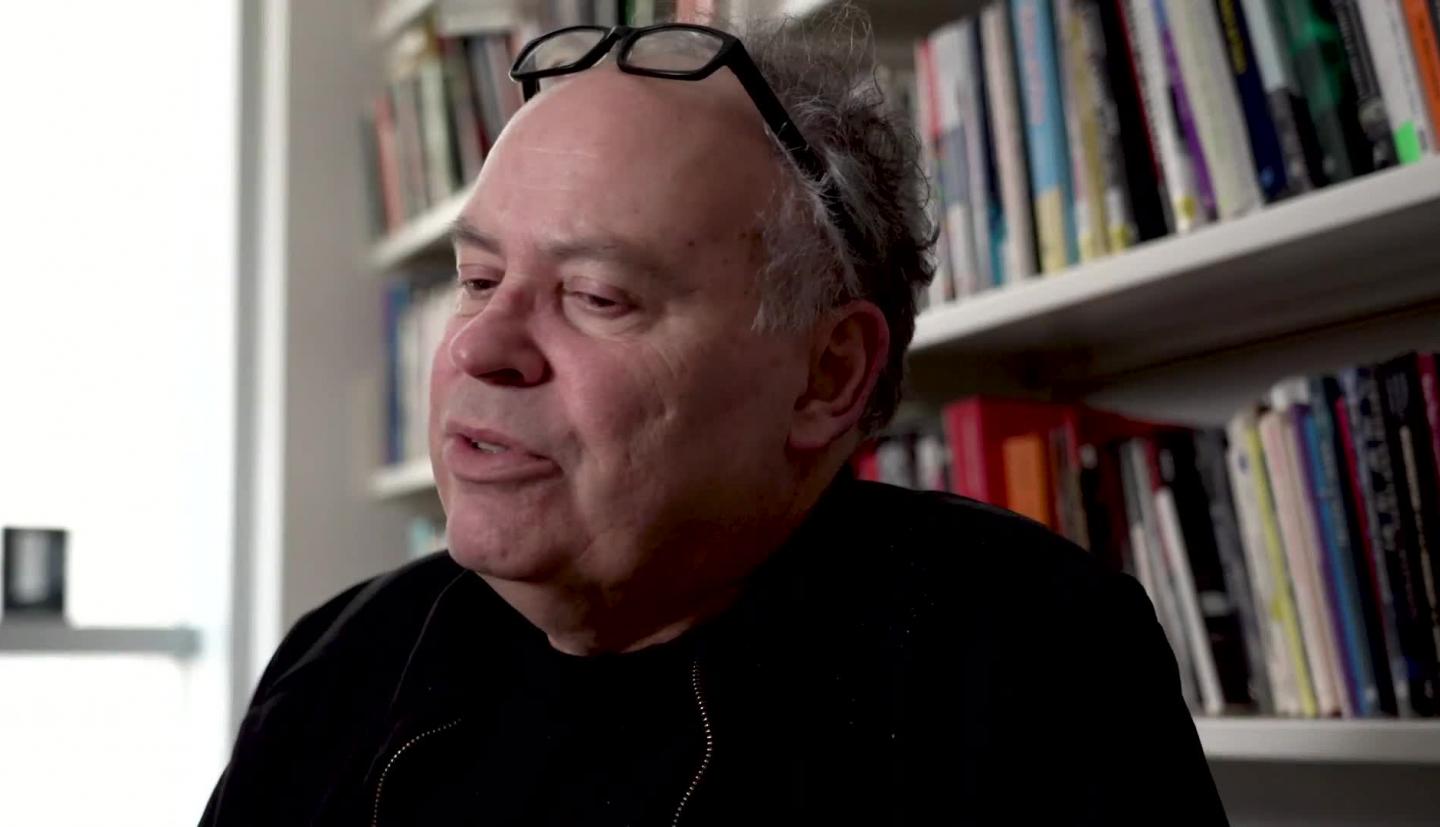 Screen to School to Society

As part of a Mellon Rural Humanities Initiative workshop symposium proposed for this summer, he and his Cornell students would also be supporting professional development for teachers and for school librarians working with media resources.

“I’m going to be collaborating with them for two to three years, using my classes to translate my research into practice, prototype some projects and resources, and help our youth think critically by any media necessary,” McKenzie says.

He gave a workshop in January for about 20 teachers working on course redesign for the Ithaca City School District’s Project-Based Learning initiative and teaching core courses such as English and mathematics.

“We want them to cross-pollinate and share ideas,” says Zach Lind, ICSD chief information officer. “In getting our teachers to think about their course design and how our students can express themselves across different media forms, bringing Jon in from Cornell was really helpful.

”It fits really tightly into our redesign process, because that’s very much student-centered; getting them to investigate what they want to, but still within the curricular frameworks that we are designing,” Lind says. “In terms of outcomes for the students, I think they’re getting more out of it – more engagement in their education, rather than just learning something by rote and trying to get good grades on a test.”

“We plan to develop and share these transmedia resources statewide,” McKenzie says, through Cornell Cooperative Extension, Board of Cooperative Educational Services (BOCES) sites and the Rural Schools Association of New York State; as well as sharing research outcomes with the Bronfenbrenner Center at Cornell.

In working with students in the public schools, one goal is to “get them creating projects that are shareable not just with themselves in the class – which is traditionally what they do – but, say, use the library space,” McKenzie says. “This is what we’re doing out at Dryden – have them presenting in class and to the whole school, and bring them to The History Center or other community organizations and allow them to present there and to do real work.”

For the issues that many rural communities are facing, “if we can motivate these kids to address these problems, then that will help them and also help us,” he says. “There are national and probably international implications, because the urban-rural divide is not just something that affects the U.S.; it affects countries around the world and goes far beyond schoolchildren. Given the environmental stresses that we’re under, an ecological and economic sense of well-being is really important. That’s what drives my work.”

McKenzie is the author of "Transmedia Knowledge for Liberal Arts and Community Engagement: A StudioLab Manifesto" (2019).

Faculty from seven Cornell colleges have been named Engaged Faculty Fellows through the David M. Einhorn Center for Community Engagement, joining a network that is committed to advancing engaged teaching and scholarship at Cornell and in their...