|
By Sheri Hall
Share
When New York City shut down in the spring to stop the spread of COVID-19, Jackie Davis-Manigaulte and Wendy Wolfe had to make a tough decision.

When New York City shut down in the spring to stop the spread of COVID-19, Jackie Davis-Manigaulte and Wendy Wolfe had to make a tough decision.

They had partnered with Dana Wheeler, director of education and program development at New York City’s Police Athletic League (PAL), an organization created to help young people grow into productive citizens. Together, they planned to recruit and train teenagers to teach CHFFF in a Cornell program called Choose Health Action Teens (CHAT).

“When the pandemic struck, the option was to not do the project at all, or to do it virtually,” Davis-Manigaulte said.

The team decided to create an online version of the program – something that had never been done before. “It was a big challenge to convert the CHFFF curriculum to something that could be taught online and keep it engaging and hands-on,” Wolfe said “The curriculum is used for in-person nutrition education across the country, and I was getting flooded with requests about an online version.”Davis-Manigaulte and Wolfe had already engaged a team of eight college interns from Cornell and City University of New York to work on the project for the summer. Moving forward meant the entire team would work virtually to translate the curriculum, train and mentor teen leaders, and ultimately teach youth virtually. This included finding a way to deliver groceries and kitchen tools, such as measuring cups, to participants’ homes and creating videos to show how to prepare the recipes at home.

The Police Athletic League took on the role of identifying teen leaders to hire and recruiting youth to participate in the program. The pandemic underscored the importance of building community among youth and teaching healthy habits in New York City communities, Wheeler explained. “When the pandemic gripped NYC, I understood that this program could make a big impact on our youth participants,” she said. “Normal life for our youth had drastically changed, and we wanted to give them the opportunity to continue a connection to our staff, their friends, and the PAL network.”

Wheeler said CHAT became a top priority because nutrition and physical activity are an important component of staying healthy.

“Health officials have noted that COVID-19 has hit the hardest in the neighborhoods that PAL serves,” she said. “The influence of poverty, food deserts and poor access to health care makes people in our neighborhoods more susceptible to falling ill with or dying from the virus. Arming our youth and their families with the information in this course could be an entry point for them to make better choices for their health. So, it was important for us to pivot in our planning process in March so that we could offer the program online.”

Creating a virtual program took an unprecedented level of coordination in an online environment, said Davis-Manigaulte. The team met seven times a week to coordinate it all. “Watching all of us come together as a community in a relatively short period of time was amazing,” she said. “Once it started happening, it was really rapid fire, so to speak.”

All of this occurred while individual team members balanced major disruptions in their personal lives due to the pandemic – maybe none more so than intern Kieu Phan ’21.

Phan, a global and public health sciences major in the Division of Nutritional Sciences, was forced to fly back to her home country of Vietnam in March when Cornell closed its campus. For three weeks, the Vietnamese government required Phan to live in a quarantine camp, where she shared a bunk room with others returning from abroad. The room had no Internet or running water. Phan even had to reschedule her online interview for the internship when one of her bunkmates was diagnosed with COVID.

“I might have spent a lot of money on data for the Zoom interview, but it was all worth it,” Phan said. “I had a great experience working because everyone was just so accommodating and welcoming!

“I am now a Zoom and Google Slides expert, which is a very valuable skill set in this day and age,” she said. “The team of teen leaders that I worked with had a lot of challenges, so learning how to be a good peer mentor and supervisor and how to resolve conflicts between group members were also a big part of the project for me.”

The interns’ proficiency in virtual environments was a crucial part of translating the curriculum, Wolfe said. “They had technical skills that were well beyond Jackie and I,” she said. “Their skills were invaluable in converting the curriculum into something hands-on and engaging.”

Isabella LeBarr was one of the teen teachers. She found the benefits of the program two-fold: learning about healthy eating herself and having the opportunity to make a difference in the lives of local youth.

“Prior to my introduction to the Cornell program, I must admit that I was a careless eater,” she said. “Now, I am a conscientious eater. I look at the nutrition labels. I try to limit my personal sugar and caloric food and drink intake. As a result, I look and feel better about myself.  Similarly, I believe the participants learned the importance of knowing about the foods that they eat.

“On a personal level, the children had a lasting impact on me,” she said. “Their creative ‘out of the box’ thinking inspired me to the point that I will be applying that approach in my own life and upcoming college career.”

The team surveyed program participants and the teen leaders to learn how the program influenced their habits. Past evidence has demonstrated that in-person CHFFF and CHAT help participants to make healthier food choices and offers teens experience in leadership and public presentation. Preliminary findings from this summer show similar improvements in healthy habits. In addition, they found that in the virtual program, family members were more likely to get involved, helping to prepare food and listening in on video lessons.

Nutrition and 4-H educators across New York and the nation are already using the new online CHFF curriculum to teach the same healthy habits to even more youth, Wolfe said.

“It was very inspiring to have this kind of experience and know that virtual learning can be so rich and effective,” Davis-Manigaulte said. “In addition, we have created a resource that will have a life well beyond COVID-19. Having a virtual option to this curriculum is another tool for reaching youth who may not be able to attend in-person classes for a variety of reasons.”

This story originally appeared on the College of Human Ecology website.

What is Choose Health: Food, Fun and Fitness?

CCE helps Buffalo get school food truck rolling
With a splashy paint scheme designed by a local artist, the “Farm to School to You” food truck – developed with input from Cornell Cooperative Extension (CCE) – will visit sites throughout the city to bring free meals to families in need... 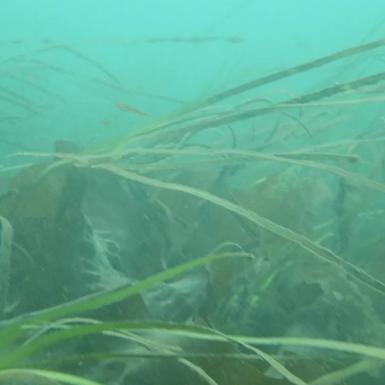 Hunting eelgrass disease in the San Juan Islands
During summer 2020, Drew Harvell, professor of ecology and evolutionary biology, postdoc Lillian Aoki and Ph.D. student Olivia Graham traveled to the San Juan Islands off the coast of Washington state to study the pathogenic causes of seagrass...
END_OF_DOCUMENT_TOKEN_TO_BE_REPLACED