|
By Ted Boscia
Share
A steady westerly wind blows off Lake Erie on a gray October morning in Eden, New York. A farming community roughly 20 miles south of Buffalo, Eden bills itself the Garden Spot of New York. The ground is caked with frozen mud from the previous day’s sleet and rain.

Dave Walczak, operations manager of Eden Valley Growers, a farm cooperative founded in 1956, and Mike Wright, head grower for Amos Zittel & Sons, one of the co-op’s nine members, survey a crew of four farmhands. The workers are chopping stalks from a plot of Brussels sprouts, stripping the plants of their leaves and buds and sorting the parts into containers.

“They don’t mind the cold,” Walczak says of the sprouts, which went into the ground in May.

Neither does Wright, who’s been farming since he was 14. “It’s my favorite time of year,” he smiles, turning his face into the wind. “Being out here, with a machete, working the harvest.”

Within a day or two, pallets of fresh-picked vegetables will depart the co-op’s headquarters on trucks bound for nearby school cafeterias, where they’ll be prepared and plated for students throughout western New York. That includes some 30,000 lunches served daily in the 60-plus schools in the Buffalo school district, the largest in the state outside of New York City.

Normally, the co-op’s activity would fall dormant after the fall harvest – Eden is square in the Lake Erie snowbelt – but not this year. That’s because Eden Valley Growers has tapped into Buffalo schools’ year-round demand for its products, catalyzed by Cornell Cooperative Extension (CCE) and its partners.

“We wouldn’t be able to make this work without Cornell University and Cornell Cooperative Extension,” says Walczak, adding that CCE helped the co-op connect with Buffalo schools and comply with state and local policies for food delivery to schools. 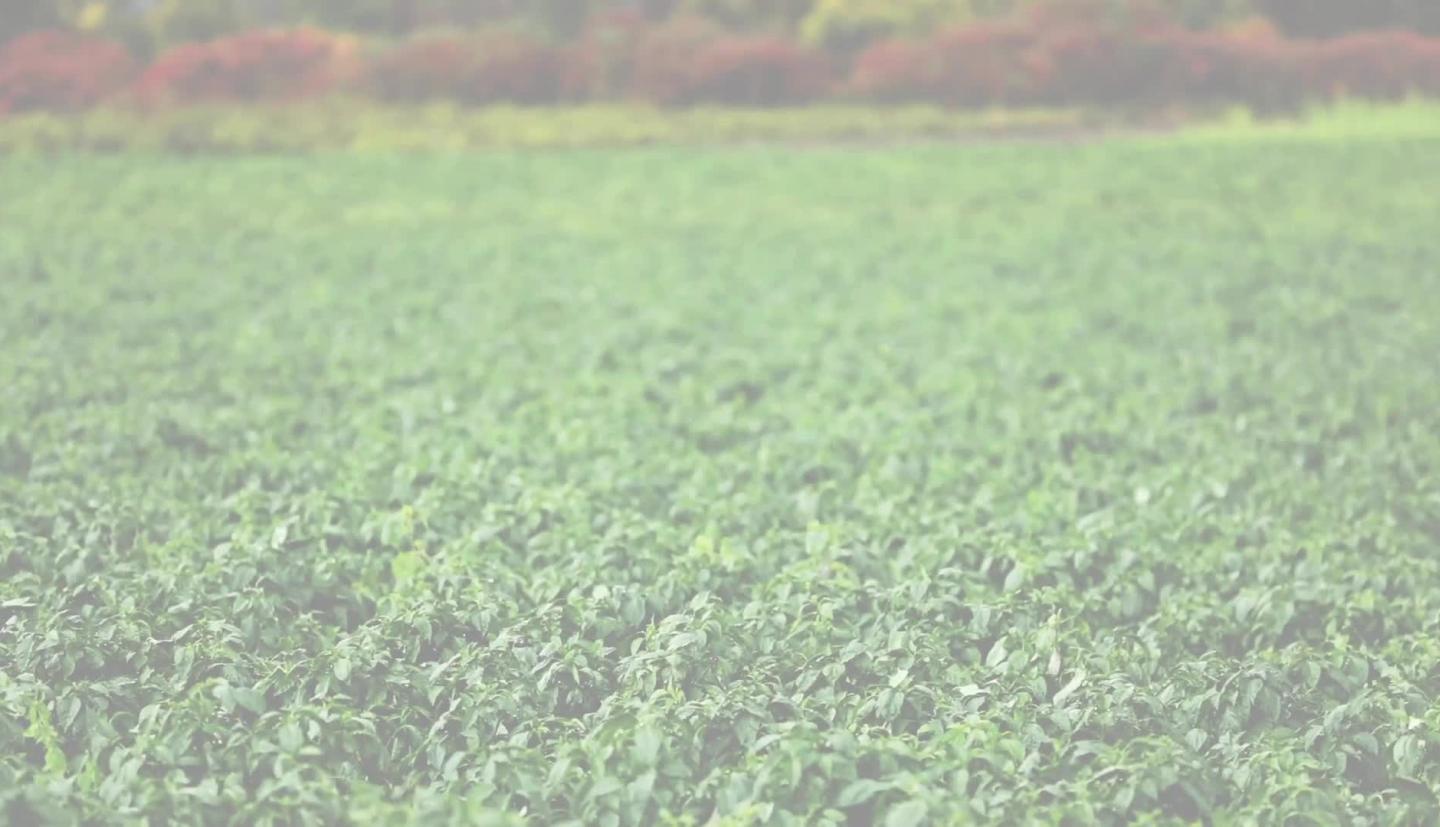 Around the state, CCE has become a driving force behind a surge in New York Farm to School (F2S) initiatives to stock school cafeterias with fresh, local produce, educate kids about the value of healthy eating and offer local food producers an expanded market for their goods. The U.S. Department of Agriculture formally established F2S in 2010; it has taken hold in New York with oversight and funding from various state agencies.

“We wouldn’t be able to make this work without Cornell University and Cornell Cooperative Extension.”

“There isn’t really an offseason anymore,” Walczak says. “The food hub has made our shopping basket bigger, and we’re able to supply Buffalo schools for their menus all winter long.”

As other school districts move to adopt Buffalo’s recipe for success, F2S programs are sprouting up throughout the state, says Thayer. In the North Country, CCE-St. Lawrence County is partnering with 25 local farmers to serve fresh produce to some 18,000 schoolchildren; in the Southern Tier, 20,000 students in Broome and Tioga counties enjoy local farm products in their cafeterias.

Not only do such programs ensure students – particularly those who qualify for free or reduced-price lunches – access to fresh, nutritious meals; they also strive to sow the seeds for a lifetime of healthy eating. Some schools plant gardens, offering lessons in food production and harvesting, and serve homegrown produce in their cafeterias. Partnerships with local and regional growers ensure that funds invested by school food service departments remain in their neighboring communities.

Now, the state is dangling another economic carrot to get schools on board. Last year New York Gov. Andrew Cuomo launched the “No Student Goes Hungry” initiative, which reimburses 25 cents per meal (a fourfold increase from the standard 5.9 cents-per-meal subsidy) to districts that purchase at least 30% of their ingredients or products for school lunches from New York growers. And the N.Y. Department of Agriculture and Markets is offering $1.5 million for F2S programs in the next round of state funding.

Schools are leaping at the opportunity. “The demand is sky high,” Thayer says. “It is one of those rare programs that almost anyone can get behind … schools, farmers and communities.”

The bell sounds for the first lunch period at City Honors School, one of the oldest, most prestigious secondary schools in the Buffalo district. It’s hot dog day, but with a twist: Every item on the tray, except the bun, originates from New York growers or food producers whose ingredients come from New York farms.

The hot dog comes from Buffalo-based Wardynski’s Meats; filling out the tray are potato chips, broccoli, salad, milk and grape juice. Some students flock to the salad bar stocked with kale, broccoli, and red and green peppers, courtesy of Eden Valley Growers. A few others hurry off clutching a portable “fun lunch,” with New York baked into every bite: yogurt, cinnamon pita chips, string cheese, apple slices and granola.

“The only thing more popular is chicken day,” says cafeteria manager Crystal Humphrey. About 600 of the school’s 1,050 students will opt for a school lunch over the next couple hours; a sizable majority qualify for a free meal.

After launching as a pilot project in 11 schools in 2014, Buffalo F2S now extends to 100% of schools in the district. By spending $2.6 million on local foods, surpassing the state’s 30% benchmark, the district qualifies for about $1 million in reimbursements, which will help to further grow its F2S programs.

“Cornell Cooperative Extension and Cornell University have been providing coordination with local farmers and suppliers to help us bridge those gaps we were experiencing before the Farm to School program,” says Buffalo schools’ food service director Bridget O’Brien-Wood. “CCE has been with us from the very beginning. Cheryl doesn’t give up when it comes to our vision, and neither do I. This program would not be sustainable without Cheryl and Cornell.”

To reach the state’s 30% challenge, O’Brien-Wood relied on Thayer to outline procurement processes and identify growers, such as Eden Valley, whose agricultural and packing practices meet school food service standards. CCE-Erie County educators have helped Buffalo schools with nutrition and gardening programs, and advised on promoting F2S activities to encourage students and their families to try healthier options.

Adrienne Romanowicz, a mother of two daughters in the district, including a senior at City Honors, recalls being skeptical of the nutritional value of the school’s meals when her daughter started there. A volunteer with the school’s wellness committee, she’s observed the dramatic transformation under Buffalo F2S.

“Healthy eating is huge in a child’s overall well-being and their ability to focus at school,” she says. “Buffalo schools have invested in this at every level.”

Walczak, of Eden Valley Growers, has seen the excitement in his own kids, who come home talking about the fresh local corn or peppers, for instance, served at their schools in Eden.

“Our growers literally work from dawn to dusk,” Walczak says. “It doesn’t matter if it’s raining or sleeting, 90 degrees and humid, they’re doing whatever they can to get their products out there.

“Now we’re getting more and more into local schools, and for some kids it may be the only nutritious meal they get for the day,” Walczak says. “It’s very rewarding to know what a difference this makes.”

Ted Boscia is senior manager of academic communications in the Division of University Relations.

Researchers to explore effect of big data on dairy farms

A $1.2 million grant from the National Science Foundation will fund research on how big data and tech innovations affect organizational relationships on dairy farms and in the dairy industry.

Micronutrients on the Cob
Michael A. Gore, professor and chair of the School of Integrative Plant Science Plant Breeding and Genetics Section, and collaborators are working to create an open-source digital ecosystem to optimize food crops, starting with maize, with help...
END_OF_DOCUMENT_TOKEN_TO_BE_REPLACED