Biodiversity is not just a feature of the Amazon rainforest or other exotic locales. Hidden multitudes of species inhabit the Ithaca region, as participants in the inaugural School of Integrative Plant Science (SIPS) BioBlitz discovered Sept 8-9.

A dozen teams tallied 1,250 species of higher organisms and more than 23,000 microbes during the 24-hour event to document as many species as possible. Held on the grounds of the Cayuga Nature Center (CNC) and Smith Woods, the event was the first in the region. The series started in 1996 in Washington, D.C., and has since spread around the world.

The 2017 SIPS BioBlitz opened Sept. 8 with remarks by Chief Samuel George of the Cayuga Nation Bear Clan; Warren Allmon, director of the Paleontological Research Institution; and Kathryn J. Boor '80, the Ronald P. Lynch Dean of the College of Agriculture and Life Sciences.

“At Cornell, it’s part of our jobs to be curious – which means I have one of the best jobs around,” Boor told participants at the launch of the event. “Like you, I’m inspired by what I can discover in the world around me, how to collect data and then share it with others.”

Boor and other speakers emphasized the importance of collaborations between universities and community members in preserving local lands and their biological diversity.

The SIPS BioBlitz, co-sponsored by the Cayuga Nature Center, was the first conducted in the Cayuga Lake Basin. In addition to their scientific value, BioBlitzes are an opportunity to connect with and educate members of the public about their local environment.

In what may have been a first for a BioBlitz, Team Microbe arrived at their record-breaking species count by DNA sequencing environmental samples. Other teams used the iNaturalist, eBird and other mobile apps to record observations.

While teams identified many familiar animals, other less-often-seen creatures were also discovered. A rare bolas spider was found during the Sept. 8 “Spiders by Flashlight” walk led by Linda Rayor, senior lecturer and senior research associate in the Department of Entomology.

Bolus spiders make a short line of silk with a sticky substance at the end. The spider twirls this like a bolus and traps male moths attracted by a pheromone the spider emits. It was the first bolus spider Rayor had seen in her 22 years of teaching and collecting. 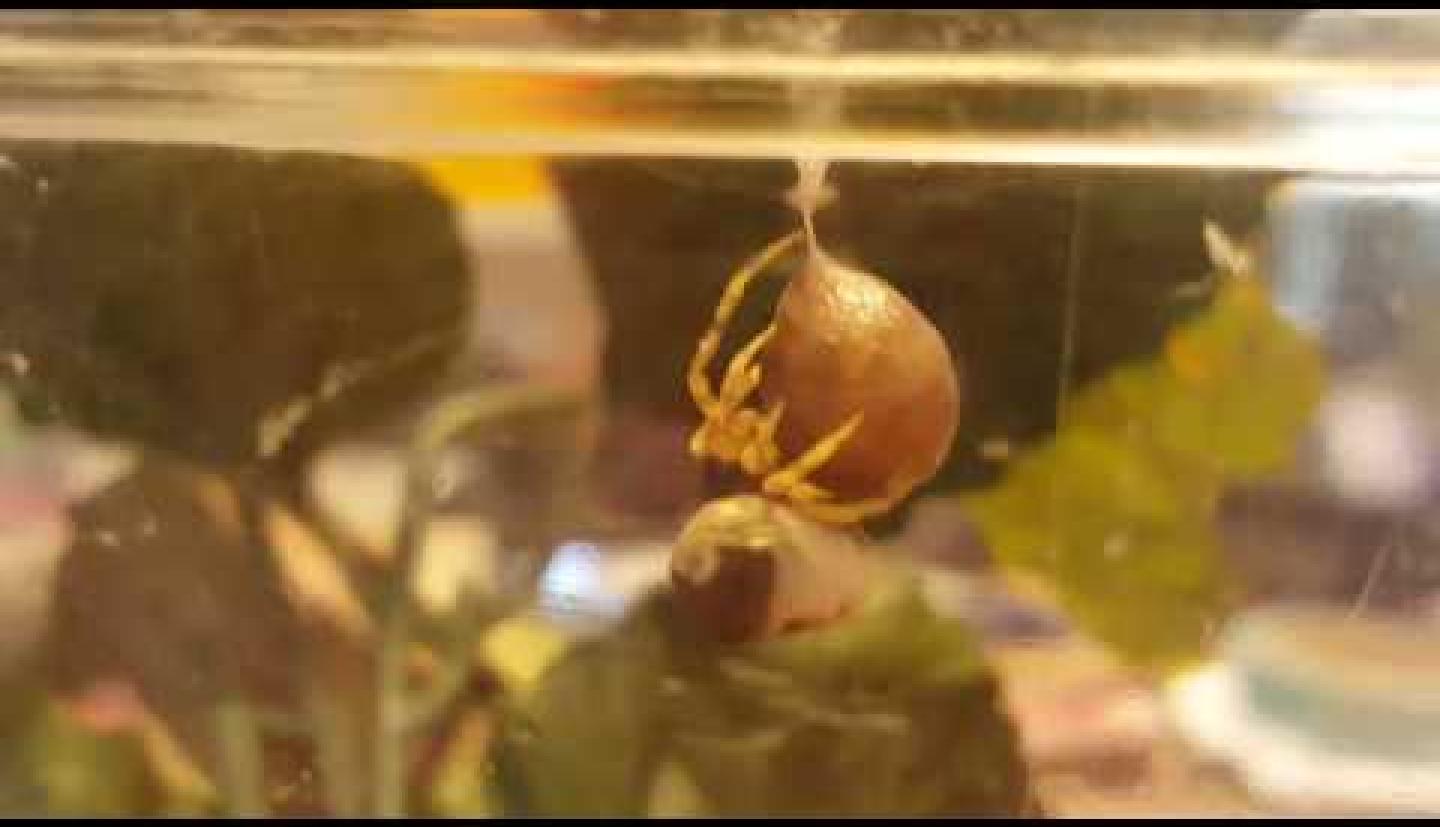 Alex Moore, event coordinator based at CNC, said the entire event was the biggest, geekiest and most-fun slumber party she had ever attended.

While analysis of the findings is ongoing, the event has already shed new light on the range of organisms present at the two locations. This is particularly significant for Smith Woods, a rare tract of old-growth forest for which a species inventory had not been conducted for organisms other than plants.

The event was more than just census-taking: Individual teams hosted displays and made presentations. These ranged from discussions of snails by Mollusk Team leader Marla Coppolino to demonstration of drones for mapping plant species by Tom Whitlow, associate professor in the SIPS Horticulture Section. The public took part in walks to see fungi, nighttime spiders and more.

At the conclusion of the event, Allmon invited teams to return and continue species inventories during different seasons. Results of the BioBlitz will be made public at a future date.

What bird is singing? Merlin Bird ID app offers instant answers
The free app from Cornell Lab of Ornithology identifies the sounds of more than 400 species from the U.S. and Canada, even when multiple birds are singing at the same time.

Cooperative Extension grant aims to vaccinate NYS’ vulnerable
A two-year, $200,000 grant from the USDA and the Extension Foundation to Cornell researchers aims to help promote vaccine confidence and uptake in vulnerable communities in eight New York counties, both upstate and downstate.
END_OF_DOCUMENT_TOKEN_TO_BE_REPLACED