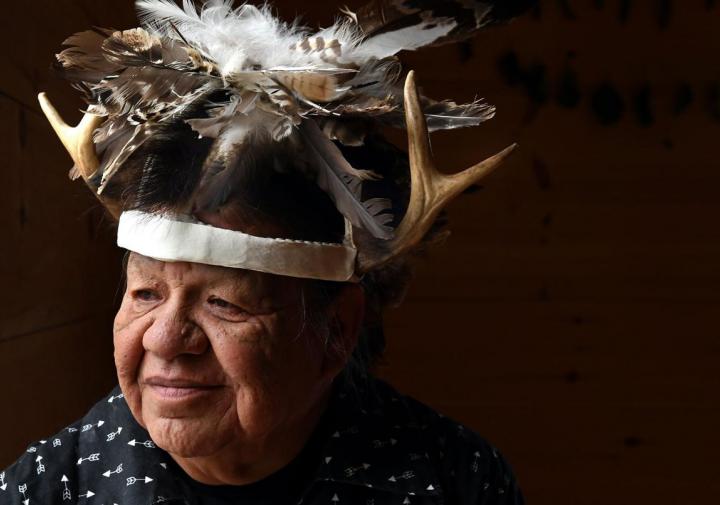 Sachem Sam George is one of 10 Sachems (chiefs) for the Cayuga Nation, representing the Bear Clan. He was condoled in April 2005. Having grown up on Seneca Nation territory (Cattaraugus) and having learned Seneca language and customs, Sachem George sought out to learn his Cayuga heritage. The Haudenosaunee people are a matriarchal society, his mother Cayuga, he knew it was important to learn what it meant to be Cayuga. When he moved back to his home land in 2014, as one of the first important tasks, he oversaw the building of the Cayuga School House, modeled after a contemporary long house. Sachem George has participated, along with the other returning Cayugas, in learning his language and ceremonies. He is taking that knowledge and wisdom to ensure a good future for his people. Sachem George sits on the Haudenosaunee Environmental Task Force addressing environmental degradation in Haudenosaunee communities by developing culturally-appropriate environmental education, restoration, and protection strategies. He is a member of the Haudenosaunee External Relations Committee which works on political and governmental structures beyond the borders of Haudenosaunee Nations. Sachem George is on the Elders Council for Native Community Services for Buffalo and Niagara Falls. In 2019 he was awarded the Bundled Arrow Award for his service to Native American communities. Sachem George has felt it important to be good neighbors and promotes the Great Law which is created and maintained by the Good Mind- a mind that is both “used well” and ‘used for good’, since one will inevitably lead to the other. Sachem Sam George lives with his wife in Union Springs, Cayuga Territory. He has 2 sons, a daughter and 3 grandchildren that live in the greater Buffalo area. 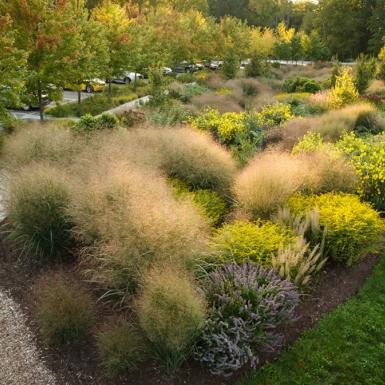 Plant Sociability in the Bioswale Garden
Join Brandon George, graduate student in Public Garden Leadership, for an in-depth explanation of perennial plant sociability – the study of groups of plant species that are usually found together. 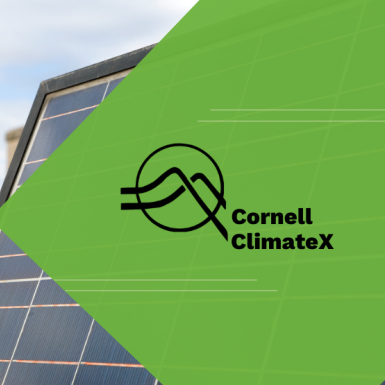 Cornell ClimateX Welcome Webinar
All Cornell faculty, staff and students are invited to an overview and feedback session on Cornell’s new university-wide initiative in climate change – Cornell ClimateX. The goal of the webinar will be to present the ClimateX framework and get...
END_OF_DOCUMENT_TOKEN_TO_BE_REPLACED